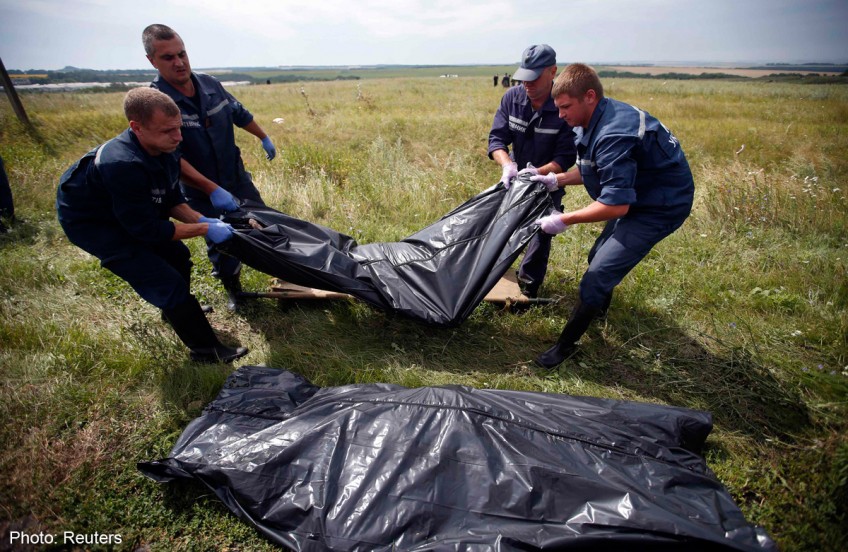 Members of the Ukrainian Emergency Ministry carry a body at the crash site of Malaysia Airlines Flight MH17.

TOREZ, Ukraine - Railway workers said on Sunday bodies from the site where the Malaysian airliner crashed in eastern Ukraine had been loaded into refrigerator wagons at a station in the town of Torez, 15km away.

A Reuters witness could see five grey trucks at the station, one of which appeared to have the refrigeration switched on.

"Something was delivered and they told us to wait," one railway worker said on condition of anonymity, adding that the"something" were bodies.

"It's corpses. They brought the bodies overnight," a duty officer at the Torez station told Reuters.

The wagons, he said, were due to be transported "in the direction of Ilovaisk", a town further to the east towards the border with Russia.