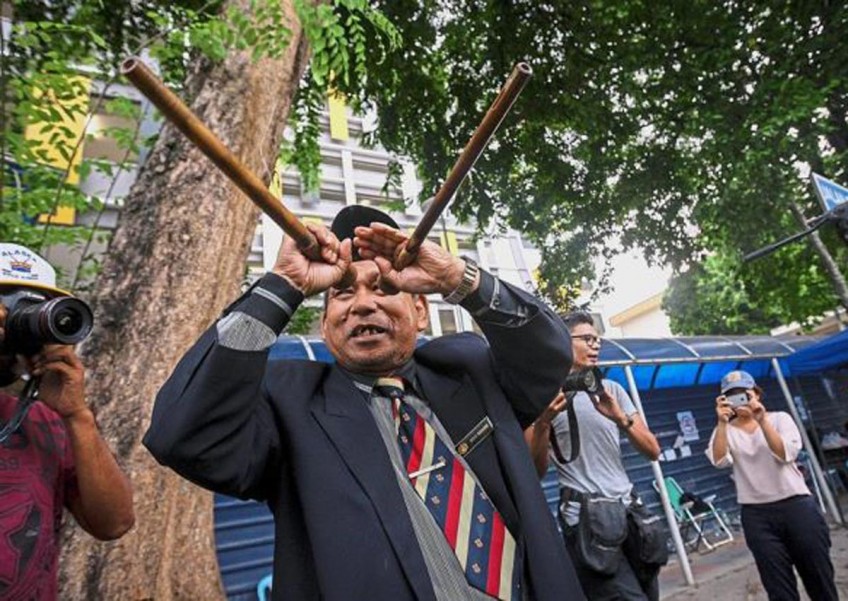 He had been summoned to give an explanation about the now-viral video of him performing a ritual on a beach.

"On March 22, Jakim took the initiative to call Ibrahim for an explanation about the viral video footage of him performing a ritual, but he did not show up," Director-General of Jakim Tan Sri Haji Othman bin Mustapha said in a statement.

The three-minute video of Ibrahim - who is also known as, performing a ritual on a beach to protect Malaysia from a North Korean nuclear attack went viral recently.

It shows him and his three assistants wading in water with two coconuts, a pair of sticks used as binoculars, five bamboo cannons, a carpet and a bowl of seawater.

On the ritual itself, Othman said that Ibrahim's rituals are unIslamic and advised people against following them.

"Several states have agreed in their State Fatwa Committee meetings that the rituals and practices of Ibrahim bin Mat Zin or Bomoh Ibrahim Mat Zin that uses certain objects are against Islamic laws and are illegal," he said.

He added that a study by the Jakim Expert Panel have also found that Ibrahim Mat Zin's rituals are contrary to the Islamic faith as it contains elements of idolatry and superstitious practices.

On March 20, Inspector-General of Police Tan Sri Khalid Abu Bakar told reporters that Ibrahim would be summoned under Section 111 of the Criminal Procedure Code after a slew of police reports were made against him.

Ibrahim also performed a ritual outside the National Institute of Forensic Medicine at Hospital Kuala Lumpur here over the assassination of Kim Jong-nam, the half-brother of North Korean leader Kim Jong-un.

A controversial figure, Ibrahim first made headlines in March 2014 when he conducted two rituals at the KL International Airport to supposedly locate the missing Malaysia Airlines flight MH370.