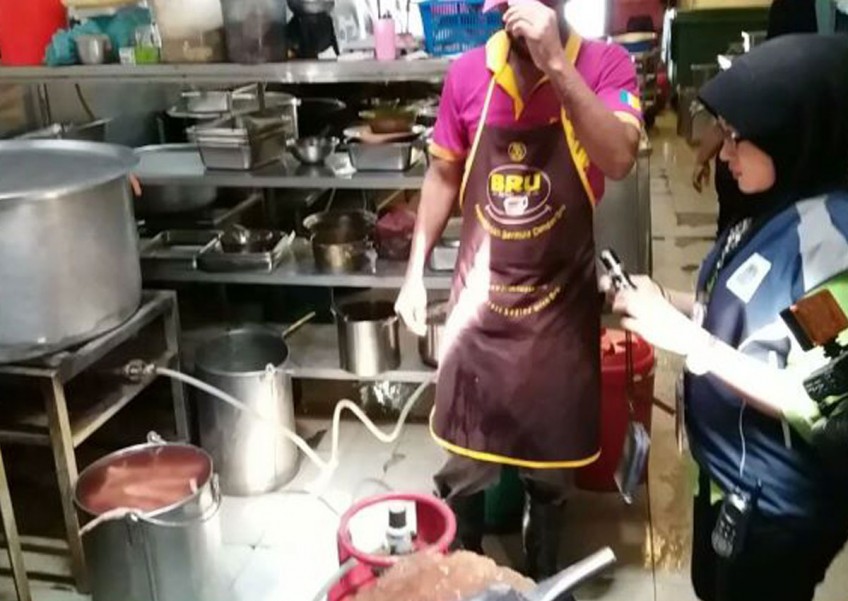 An officer from the council checking the kitchen at one of the restaurants.
The Star/ Asia News Network

Line Clear, Penang's famous nasi kandar outlet, was ordered to close for two weeks after rat droppings were found in the kitchen following an inspection.

The Penang Health Department issued the order after its officers carried out the inspection with Penang City Council at three eateries in Penang Road on Monday.

Apart from Line Clear, Yasmeen restaurant which is beside Line Clear, was also ordered to temporarily shut down. No action was taken on the third eatery.

Ong Ah Teong, the council's alternate chairman for public health, said the restaurants have been told to close for two weeks from 8pm Monday.

"We gave them the extended time after they made a request," said Ong.

He said a dead rat was found in one of the restaurants. Rat droppings, cockroaches and dirty toilets were found in both outlets.

This was the first time in Line Clear's 70 years of operations that such an order was issued to the shop.