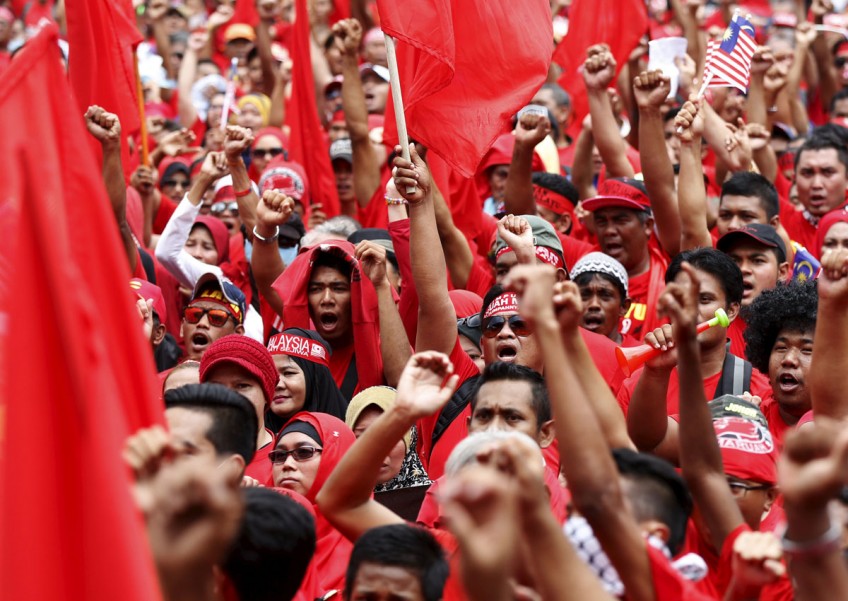 GEORGE TOWN - Around 50 individuals in red shirts barged into a post-Bersih 4 forum at Dewan MBPP in Bayan Baru Thursday night only to be invited by the organisers to speak to participants of the talk.

The group interrupted the talk at 9.30pm, an hour after it had started, and insisted that Adam Adli Abdul Halim, who was speaking at the time, stop his speech.

The group was led by Datuk Mohd Ridzwan Bakar, who is Bayan Baru Umno information chief.

The organisers then invited Mohd Ridzuan to take the stand.

He spoke about numerous Malay-related issues including the squatter problem in Bayan Baru.

Sim, in response, said the problem with squatters was a local issue and out of his jurisdiction.

"I think he (Mohd Ridzuan) has been gentlemen and was sporting enough to speak in front of the crowd. At least people can judge for themselves," Sim said later.

The group stayed until the forum ended at 10.30pm.