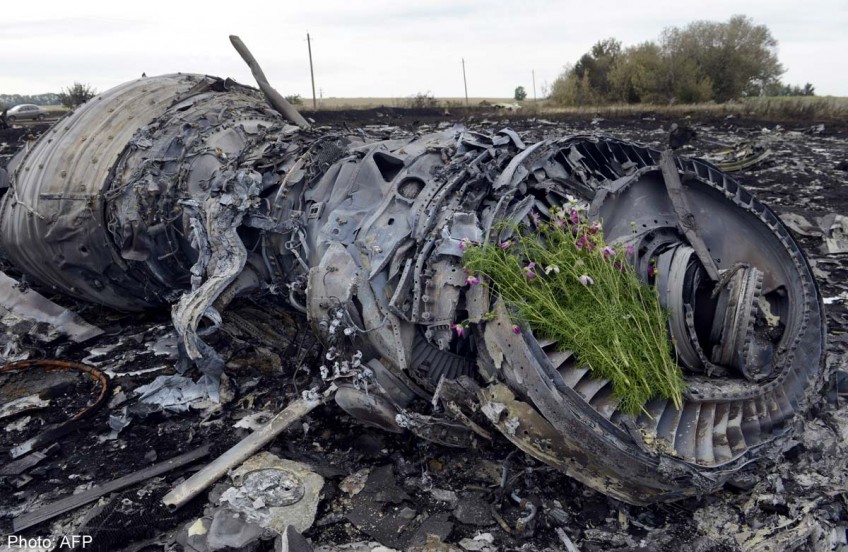 Mr Barry Sim and his wife Izzy were planning to travel to Kuala Lumpur with their baby.

But during check-in, staff at Amsterdam's Schiphol airport told them that there was only one seat left.

So the couple decided to switch to a later KLM flight.

The couple from Scotland were shocked when they found out hours later that the Boeing 777 they were supposed to be on had gone down in eastern Ukraine.

Mr Sim, from Aberdeenshire, told the Daily Telegraph: "You get this sick feeling in the pit of your stomach.

"We started getting butterflies. Your heartbeat starts going."

Mrs Sim said that there "must have been someone watching over us and saying 'you must not get on that flight'.

She added that her husband usually disliked flying with KLM.

"But at this moment, we are so glad to be on the KLM flight rather than that Malaysia Airlines flight," she said.

Mr Sim said he felt "philosophical" about what had happened and said they would take the KLM flight.

He said: "In my mind, lightning never strikes twice in the same place, so I am still philosophical that you get on the flight and you go about your life.

"I know my wife doesn't feel like that. Probably the last thing she wants to do now is fly, especially to Kuala Lumpur.