LANGKAWI - Three days after she was reported missing here, a man picked up in Ampang over 400km away finally led police to the body of three-year-old Nur Aisyah Aleya Abdullah in the undergrowth of a jungle in Gunung Raya on the tourist island.

The discovery of her grisly remains marks the end of a three-day search for the girl, who was reported missing by her Indonesian mother who left her in the care of her married boyfriend.

The girl is believed to have been murdered.

Police found the body of Nur Aisyah Aleya at 11.30am after they were led to the spot by a man suspected to have been involved in the disappearance of the girl, said Langkawi District Police chief Supt Mohd Iqbal Ibrahim.

Read Also
Wife of Cradle CEO, teens and woman to be charged with murder 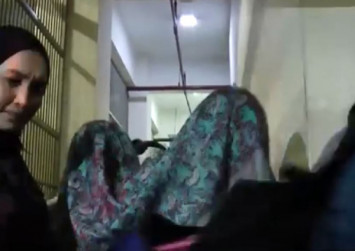 Nur Aisyah Aleya was reported to have gone missing while in the custody of a married couple who reportedly disappeared subsequently.

The police launched a search for a 37-year-old man and his 40-year-old wife, and on Tuesday picked up the married couple in Ampang, Selangor, to assist in the investigation.

It was reported by Harian Metro that only the hair and the skull of the toddler and some other remains were found at the spot.

According to news reports, Nur Aisyah Aleya was discovered missing when her mother went to pick her up from the couple's house at the Langkawi Hospital quarters last week.

The male suspect, who is also the boyfriend of the victim's mother, had apparently told the woman that the girl had been handed over to a third party to be taken care of.