Mohd Zarith Md Hanipah was charged with causing grievous hurt to Ong, 47, at a hotel ballroom in Jalan Putra here at about 12.15pm last Friday.

The offence under Section 325 of the Penal Code carries up to seven years' imprisonment and/or a fine upon conviction.

Mohd Zarith, who was unrepresented, asked the court for a lenient sentence as it was his first offence.

DPP Annur Atikah Abdul Hadi asked the court to impose bail at RM20,000 (S$6,500) in one surety pending the sentencing.

Judge M.M. Edwin Paramjothy set Nov 18 for the presentation of facts and sentencing.

The judge also fixed RM15,000 bail with conditions that the accused must stay away from the victim, surrender his passport to the court and report to the nearest police station each month.

The accused was remanded as he failed to raise bail. 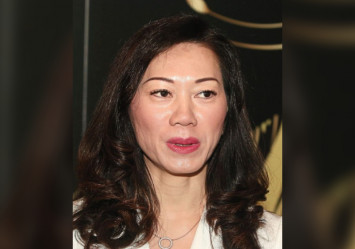 "We are appalled by the egregious assault committed against Ong. It could have happened to me, or to any other woman," she said in a statement.

She said women regularly faced harassment and violence in public, whether they were at events or in public spaces, on the street, on public transportation or while on the road.

"WAO female officers have also been subjected to harassment and abuse on the job.

"Even while routinely facing violence and harassment, women continue to lead and inspire. But it is outrageous that we need to constantly look over our shoulders while doing so," she added.

It was reported that a man posing as a reporter punched and broke the nose of Ong after she asked to see his media accreditation.

Ong confronted the man during guest registration at the Russian Trade and Business Investment Forum at the hotel before she was assaulted.

He then tried to flee the scene but was apprehended by hotel security personnel before being handed over to police.