Residents concerned that vice activities too close to home

PETALING JAYA - Residents, especially parents and teachers, are concerned about the illegal gambling dens within or close to residential areas in Selangor.

G.S. Tan said his 17-year-old son took RM200 from an Ah Long inside one outlet on Jalan Bandar Rawang 3 in Bandar Baru Rawang.

"After that my son started acting suspiciously and wanted to work part-time. He even asked me for money," said Tan.

"When I questioned him, he said he wanted to buy branded shoes."

A few days later, a man approached Tan and said his son owed money for gambling. The amount had gone up to RM250. 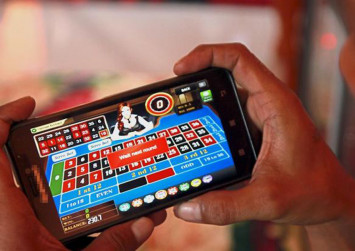 "I confronted my son. He admitted his mistake and paid the Ah Long.

"My experience has taught me that parents should keep an eye on their children. The Ah Long prey on desperate gamblers.

"Once hooked, students could become compulsive gamblers and families get destroyed," he said.

A man who gave his name only as Stephen said he patronised such dens as they had free food and drinks served by pretty hostesses.

"Although I can gamble online at home, there is no 'feel' of being in a gambling den," he said, adding that some outlets had a back room where other vice activities were conducted "if the price is right - my wife would never know about it".

He said loan sharks would be around for those who needed money to continue gambling.

Chan, a former resident of Dengkil, said his habit put his family thousands of ringgit in debt.

"I lost my property. My family has rented a house and gone into hiding because the Ah Long are still looking for us," he said. 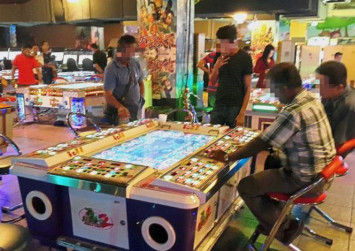 A coffee shop operator known as Tan said two gambling outlets are located at Jalan Harmoni 1, inside an apartment block and Jalan Alamanda in Taman Bukit Belimbing, both in Balakong.

"Residents who once felt safe in the neighbourhood now fear for their safety as desperate gamblers may be out to get fast cash," he said.

Tan said the den in the apartment block has a back entrance for customers to escape in case of a raid, and touts keep a lookout for new faces around the area.

Selayang Municipal Council (MPS) special task force chief C. Paramasivam confirmed that about a dozen gambling dens are located on Jalan Bandar Rawang 3, but after each raid, the operations resume on a bigger scale.

"We need the police to come with us on the raids.

"We also rely on them to ensure the safety of our enforcement staff," he said.

"When we raid these outlets, we find them empty with only the machines left inside. It is difficult catch these operators in action as they have touts to warn them."

Last month, he said, MPS raided an outlet in Taman Sri Gombak and took away the gaming machines.

Within a month, a new one opened and the council had to begin its surveillance all over again, he added.

A Klang Municipal Council officer said it was not able to act against illegal gaming operators as this was under the purview of the police.