Retailers trying to cash in before April 1 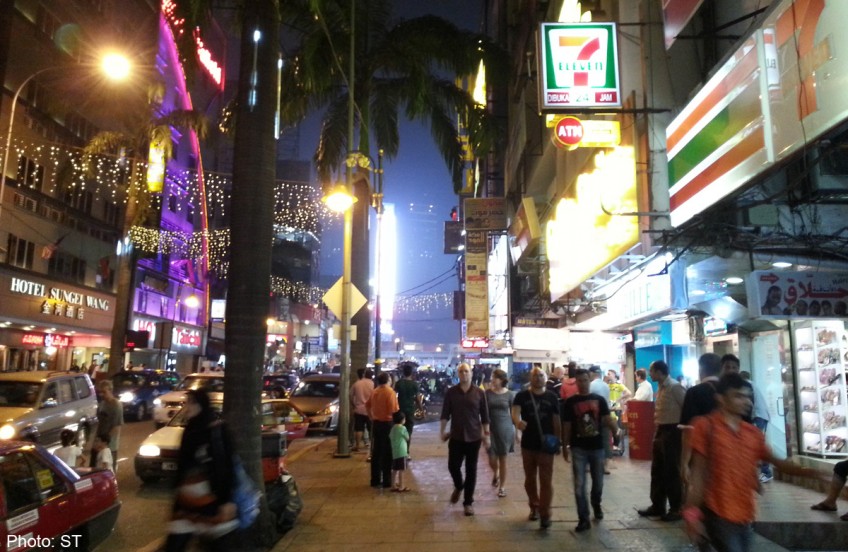 Shoppers walking along the streets in Jalan Bukit Bintang, a shopping district in Kuala Lumpur, Malaysia.

GEORGE TOWN - As the clock ticks towards April 1, retailers are luring customers without using the letters "GST".

The more subtle messages are "After CNY clearance sale", referring to Chinese New Year which officially ended on March 5.

A Bernama report in December last year quoted Domestic Trade, Cooperatives and Consumerism Minister Datuk Seri Hasan Malek as saying that traders were not allowed to use the term "pre-GST sales" to avoid confusing the public.

There is talk that certain products are flying off the shelves as shoppers anticipated a price increase from April 1 due to the Goods and Services Tax.

A check at some supermarkets here showed that this wasn't the case.

However, Sunshine Wholesale Mart Sdn Bhd retail operations director Yee Kam Ming said: "We expect our customers to start stocking up on items when they get their salary."

Mydin managing director Datuk Ameer Ali Mydin noted that overall, there had been no significant change. His general manager (northern region) Azmin Saduruddin said that there was no shortage of goods.

"We are, however, anticipating a slight increase - probably after people get their pay," said Ameer.

Businesswoman Sarina Shari, 46, said she had no plans to stock up on goods.

"Prices of several items sold in supermarkets in Penang have already increased since early last month," she said.

Sarina said she was not concerned about the GST.

"As consumers, we will just have to spend wisely."

Salesman K.C. Teh said GST had been highlighted for so long and he believed "most people are ready for it".

"Some shops have upped their prices just before the Chinese New Year and it has not come down since.

"I am not stocking up - how much can you save? There's just no escaping the GST," he added.

Other business owners are anticipating slow sales in the coming months.

"Everyone feared prices of medicine would go up on April 1. People have already stocked up on their supplies," said Sibu pharmacist Kong Ching Khing.