The northeastern corner of the plantation, where newly planted oil palm is seen in front of a forest reserve.

A Malaysian plantation company, with the Johor royal family as its indirect majority shareholders, may have been developing land well ahead of getting the necessary approval.

Satellite images show that from 2020 to 2021, more than 600 hectares (1,483 acres) of forest on the 3,775-hectare site were cleared in Johor. By June last year, kilometres of new irrigation drains crisscrossed the site, which is sandwiched between forest reserves, plantations, rivers, and villages.

Logging and agricultural activity of such scale needs prior approval from state and federal authorities in Malaysia. The developer must submit an environmental impact assessment (EIA) report to be reviewed and approved by the federal Department of Environment.

Environmental troubles are already prominent around the site. Local villagers told This Week in Asia that other existing plantations had turned an adjacent river sour and sometimes the colour of black coffee; and "homeless" elephants had crossed the river into their village, once uprooting banana plants behind the school and damaging a metal gate to the plantations.

An EIA report shows if and how the developer would mitigate these environmental impacts. But AA Sawit Sdn Bhd, the company responsible for establishing the plantation, only filed its EIA report dated June 2022 a few weeks ago. By then, the site had been logged and worked on for two years.

Teckwyn Lim, a forestry consultant in Malaysia with two decades' experience, says the AA Sawit project reflects the "typical" scenario. "After a project has received local or state authority's approval, the EIA [report approval] is seldom an obstacle" and just "a box to tick", he said.

"The question should be directed to the state and local authorities: why did they allow logging to commence without an EIA?"

And while AA Sawit's EIA report includes logging, the logger might be someone else. Although one part of the report says that AA Sawit had been issued logging licences by the Johor state forestry department, another part says the company is merely contracted to plant trees. The land title and logging licence attachments in the report are replaced with a line: "restricted only for Department of Environment".

Neither the federal Department of Environment nor the Johor state government responded to questions on AA Sawit's project. Golden Ecosystems Sdn Bhd, the consultancy company hired to produce the EIA report, told This Week in Asia that it is bound by a non-disclosure agreement.

AA Sawit and the Johor royal family did not respond to interview requests.

This Week in Asia could not independently verify if licences for activities on the plantation, including logging and planting, had been issued ahead of the EIA report's final approval.

AA Sawit is 51 per cent owned by the monarch of Johor Sultan Ibrahim and his son Tunku Ismail, through their holding company IBZI Holdings Sdn Bhd. Tunku Ismail is also a director of AA Sawit. Fellow director Chow Chuin Hai owns the other 49 per cent of AA Sawit.

The 3,775-hectare site comprises six parcels. At least four parcels, totalling 2,732 hectares, have been owned by Sultan Ibrahim via a freehold title since April 2018, including formerly forested parcels PTD 4085 and PTD 4118.

The district local plan classifies the site as forest, but agriculture is allowed with conditions.

Because AA Sawit's project involves logging a forest of more than 500 hectares, it should not start until after its EIA report is approved by the federal Department of Environment, as stipulated in regulations made in accordance with the Environmental Quality Act 1974.

Department of Environment guidelines specify that EIA reports must use accurate and updated data. The developer and the EIA consultant must also declare that they "have not withheld or distorted any material facts".

But AA Sawit's EIA report is incoherent. For example, Google Earth images dated 2018 were used that show standing forests, and a table titled "Existing Land Use" lists 1,150 hectares of forest at the site shown in a photo. Two pages later, the report says that the forest was logged during the EIA study, which began in September 2020.

However, satellite images show that the site was being cleared months before consultants got there. Six months into 2020, at least 300 hectares of forests were removed from plot PTD 4118 - forests that locals said once housed elephants, barking deers, gibbons, and hornbills. Bulldozers and chainsaws continued to fell trees even as the consultants came in months later to survey wildlife and sample groundwater.

By mid-2021, when the consultants wrapped up their field study, the site had lost at least 636 hectares of forest. And when the EIA report was published for public review two weeks ago, new oil palms had been planted tens of metres away from the tall trees of Gunung Arong forest reserve.

Furthermore, the clearing work and new drains extend well beyond the project's approved borders - a point not mentioned in the report. Whether this extension is legal or approved by the state is unclear.

"It is indeed most shocking that the EIA [report] has not disclosed the reality on the ground and provides misleading information," says Meenakshi Raman, president of environmental NGO Sahabat Alam Malaysia. Having seen the findings of This Week in Asia's investigation, she said the EIA report "cannot be relied upon."

Massive forest loss worries the indigenous community of Kampung Labong, a village north of AA Sawit's plantation. Villagers told This Week in Asia that while they cherish plantation jobs, they also miss hauling in good catches of prawns and fish from the rivers that run next to the plantations, or swimming in the water without itching afterwards.

The villagers say that fertilisers and pesticides that flow from plantation drains have polluted the river. This allegation is partially supported by the EIA report findings of high levels of iron, manganese, and ammoniacal nitrogen in the stream from the plantations.

Another menace is elephants displaced by deforestation. Last year, a Kampung Labong villager fishing by the river was stomped to death by an elephant. Villagers now tap their rubber trees while looking over their shoulders, and plantation workers sniff for the early warning signs of pungent elephant urine. 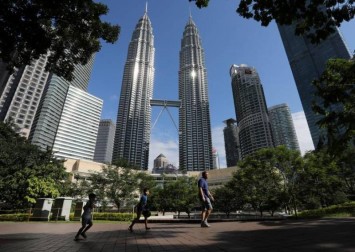 The EIA report recommends that AA Sawit ring their fields with electric fences to keep out elephants. But these fences are not perfect solutions, says elephant researcher Wong Ee Phin. She warns that plantation fencing could push elephants into neighbouring villages and farms. Its success depends on how elephant movement between forest reserves is directed across the landscape.

Cynthia Gabriel, executive director of C4, a non-profit organisation that champions good governance in Malaysia, said that "work started without EIA [report] approvals must be stopped immediately, and affected villagers must be respected and protected using the business and human rights frameworks."

Forestry consultant Lim and environmental NGO president Meenakshi called for the Department of Environment to reject the EIA report. Meenakshi further implored the authorities to investigate and prosecute wrongdoers with "very serious penalties".

The Environmental Quality Act stipulates that the directors of companies that breach EIA requirements could be fined up to 100,000 ringgit (S$31,170) or imprisoned for up to five years.

However, the company directors can escape liability if they can prove that they did not consent to or connive in the offence and that they had tried to prevent it.

"Jail terms must be imposed on the directors of the company if it is found that they have flouted the law," Meenakshi said, otherwise the companies could get away with paying a small fine. "This makes a mockery of the law."

This story was produced with the support of the Pulitzer Center's Rainforest Investigations Network.