Malaysia's top 50 tycoons saw their combined fortunes drop 10 per cent from a year ago to US$80.5 billion (S$111 billion) despite the economy rebounding from the pandemic-induced slump, Forbes Asia said in a report.

Property-to-maritime conglomerate Kuok group's founder Robert Kuok — who turns 99 in October — retained his long-standing top spot though his fortune declined to US$11 billion from US$12.2 billion last year.

Hong Leong Company (Malaysia) chairman Quek Leng Chan came second as he added US$500 million to his net worth of US$9.6 billion in 2021.

The central bank said Malaysia's economy grew five per cent in the January-March period and was likely to accelerate further this year amid strong domestic demand.

Aluminium mogul, Press Metal's Koon Poh Keong and his siblings, occupied the third position on the 2022 Forbes list of Malaysia's 50 richest, while Public Bank founder Teh Hong Piow (US$5.7 billion) and telecoms titan Ananda Krishnan (US$5 billion) took fourth and fifth place in the rankings.

The fortunes of Malaysia's rubber glove makers, which skyrocketed during the height of the Covid-19 pandemic, took a hit as demand for personal protective gear waned amid a fall in infections.

The wealth of Hartalega Holdings' Kuan Kam Hon (No 11, US$1.9 billion) and Top Glove's Lim Wee Chai (No 14, US$1.4 billion) fell the most in dollar terms. Tycoon couple Stanley Thai and Cheryl Tan of Supermax (No 45) saw the biggest percentage drop in their riches that dwindled by more than two-thirds to US$340 million. 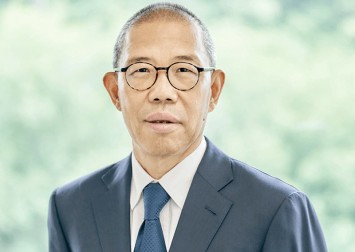 The cumulative wealth of this group of five, which includes Kossan Rubber Industries' Lim Kuang Sia (No 24, US$740 million) and Wong Teek Son of Riverstone Holdings (No 30, US$565 million), was down more than US$5.7 billion.

Malaysia's palm oil tycoons made the most of Indonesia's temporary ban on the commodity which it revoked last month.

<The fortune shared by US-educated brothers Lee Oi Hian and Hau Hian (No 12, US$1.6 billion) got a boost of more than a third as shares of their company Batu Kawan and its plantation subsidiary soared on rising profits. Ling Chiong Ho (No 36, US$425 million) made his comeback after a four-year gap as shares of his Sarawak Oil Palm surged.

Buoyed by the March listing of dairy producer Farm Fresh, its founder Loi Tuan Ee (No 43), who shares a US$380 million fortune with two siblings, featured in the list for the first time.

Malaysian sovereign wealth fund Khazanah Nasional is an investor in the company, which Loi and his brother Tuan Kin started in 2007. It has five dairy farms in Malaysia and one in Australia.

The minimum net worth required to make the list was US$255 million, down from US$315 million last year. The business magazine compiled the rankings using shareholding and financial information obtained from the families and individuals, stock exchanges and company annual reports.