This was asserted by former Federal Court judge Datuk Gopal Sri Ram, who was appointed by the Attorney General's Chambers to lead the prosecution, during argument for bail.

Sri Ram said although the charges against Rosmah were of non-bailable nature, the court had discretion to grant bail.

"However, there is a significant factor we wish to bring forth to the court.

"During the recording of her statement, the accused had app­roached a witness requesting that the witness make a statement in her favour.

"I have a copy of the police report," he told the Sessions Court here yesterday.

Sri Ram said it was a principle of law that bail should not be granted to an accused if there was a real danger of witness tampering.

Read Also
Dr Mahathir: Charges against Rosmah according to rule of law, not act of revenge 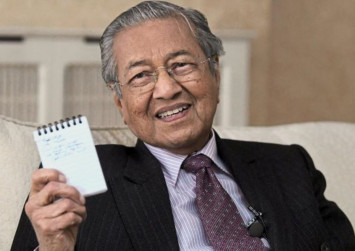 "The court must impose two additional conditions where the accused must surrender her passports and not contact any of the witnesses between now and until the trial is over," he added.

Lawyer Datuk Geethan Ram Vincent, who represented Rosmah, said the purpose of bail was to secure attendance and should not be punitive.

He said Rosmah was the wife of a former prime minister and that each time she was called in by the Malaysian Anti-Corruption Com­mission (MACC), she had never failed to attend or co-operate.

He cited authorities and cases that involved high sums of money but were still given reasonable bail.

He said a travel ban was imposed on Rosmah in May and she had never sought to leave the country since.

In response, Sri Ram said a person of Rosmah's standing should not be in the dock in the first place.

"The cases referred to by my learned friend had no elements of witness tampering except for one case he cited involving Datuk Seri Anwar Ibrahim. 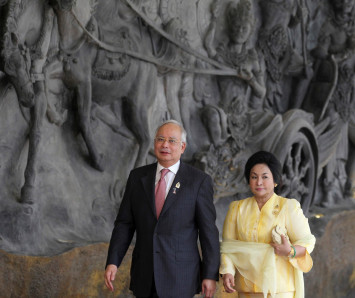 "We have given weight to this by not objecting to bail.

"The sum we asked for is not unreasonable, given the financial standing of the accused and those associated with her.

"The amount suggested by the defence is insufficient and ridiculously low," Sri Ram said.

Geethan then stood up to rebut the allegation of witness tampering in the police report, which he said was unsupported.

The police report, lodged by an MACC investigating officer, mentioned a wedding and referred to the accused's eldest daughter, he added.

The report did not mention the daughter's name, but Geethan said Rosmah's eldest daughter was Datin Azrene Soraya Abdul Aziz, whose wedding was in 2006.

"What does that wedding in 2006 have to do with the current investigations?" asked Geethan.

Azrene Soraya is Rosmah's daughter from a previous marriage. Rosmah's eldest child and only daughter from her marriage to Datuk Seri Najib Tun Razak is Nooryana Najwa, who got married in 2015.

Deputy public prosecutor Ahmad Akram Gharib from the MACC replied that it did not matter whose wedding it was.

He said it was true that the mention of the eldest daughter would have referred to Azrene Soraya.

Ahmad Akram said what mattered was that a police report had been lodged on witness tampering, adding: "Which daughter it is, is secondary."

He said Rosmah was not given a chance to explain or answer the allegation of witness tampering, and was not called to give a statement in respect of the allegation.

Sessions Court judge Azura Alwi then ruled that a RM10 million bail was too excessive and RM250,000 was too low.

In fixing bail at RM2mil in two sureties, she said the court could not disregard the fact that a police report had been lodged.

She added that Rosmah was not allowed to contact or disturb the witness in any way.