Rosmah not linked to 1MDB scandal in any way, say lawyers 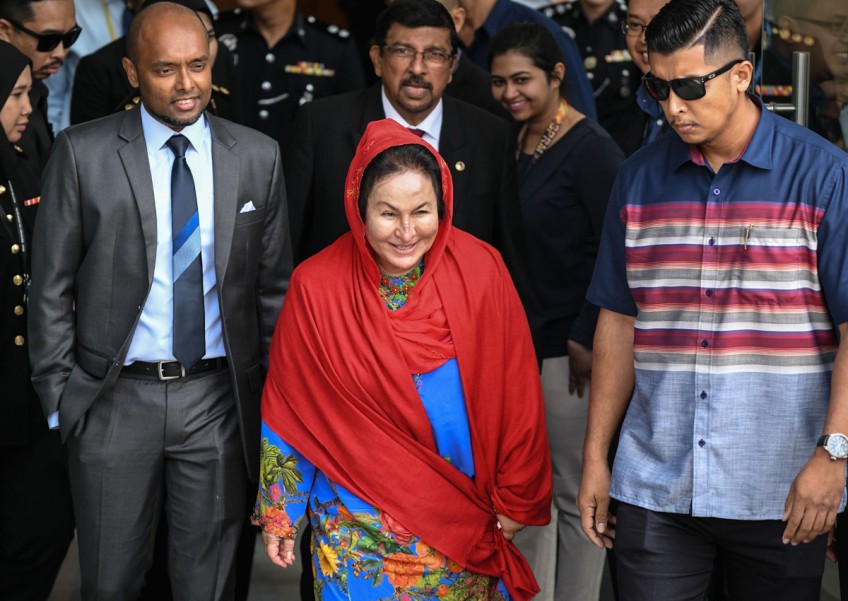 "We would like to reiterate here that our client had no links, nor any direct and indirect roles with the day-to-day operations of the said company, more so its financial management or those who were appointed to oversee the firm," Datuk K. Kumaraendran and Datuk Geethan Ram Vincent, the lawyers representing Rosmah, said in a statement yesterday.

They were responding to a report by the Wall Street Journal, which claimed that Rosmah had played a central role in the state investment arm's corruption scandal.

According to the lawyers' statement, Rosmah stayed away from matters dealt by her husband, former prime minister Datuk Seri Najib Tun Razak.

The statement also stressed that Rosmah had never influenced the outcome of any executive decisions made.

"Therefore, linking Rosmah directly to 1MDB and piling accusations against her, we are afraid, is an attempt to influence the outcome of the investigations which are currently underway and at worst, to tarnish Datin Seri Rosmah's image.

"We are of the opinion that this is a pure trial by media, expounded further by the court of public opinion," it said.

The lawyers added that Rosmah would continue to co-operate with authorities investigating the matter.