Razak Othman said Saidi, who is Jepak Holdings Sdn Bhd managing director, told him this after he asked who the money was for.

The eighth prosecution witness said he had accompanied Saidi to a Maybank branch in Jalan Medan Tuanku to withdraw the money.

Razak, 52, said the notes were in RM100 denomination and the money was divided into two luggage bags in equal amounts of RM2.5 million each. The witness said he then helped to carry one of the bags into Saidi's car.

He said the bags were first delivered to a unit in the Pavilion building in town, before being taken into a black vehicle towards a destination unknown to him.

But Razak said he did not recall the exact date when the event occurred, only that it was some time in the month of December.

"A month or two later, Saidi told me that the money was meant for 'RM'. At the time, I didn't know who he was referring to. I also did not ask further as I could sense that Saidi wanted to keep it a secret from me," he testified.

Razak also said he did not want to follow Saidi to deliver the bags at first, but he had made a request.

"I agreed to follow him because of our friendship," he said.

He told the court that he has known Saidi for about 12 years, starting out as golf buddies and then business partners.

Razak said when they entered the Pavilion building, two men were already there.

"I saw two Chinese men waiting in the room. I can't recognise them as I only saw them at a glance," he said.

The witness said he could not ascertain if one of them was Rosmah's aide Datuk Rizal Mansor as he did not know him at that time.

Read Also
Call it a day already!: Commotion as Rosmah refuses to leave dock for lunch 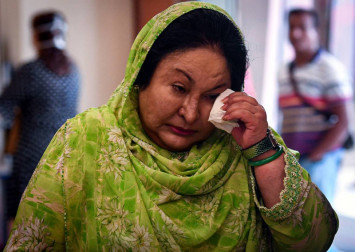 Earlier, the court heard that the Education Ministry issued a letter of award (LOA) to Jepak Holdings without carrying out due diligence.

Othman, the seventh prosecution witness, said this after Akberdin questioned what he meant by saying that he included a "cynical statement" in his letter to then education ministry secretary-general Datuk Seri Alias Ahmad dated June 20, 2017.

It read: "The Finance Ministry is of the view that the Education Ministry had done its due diligence on the procurement process before the LOA was issued to the company".

Othman said the Education Ministry issued the LOA to Jepak Holdings for the project despite knowing that the procurement process did not meet the direct negotiation guidelines set by the Finance Ministry.

The witness said the Education Ministry also asked for special exemption from having to fulfil the guidelines during the procurement process and for the LOA to be issued without price negotiations. 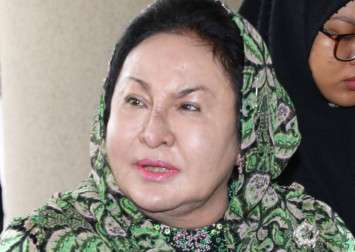 "To my knowledge, the solar hybrid project was never implemented. I don't know about the latest status, whether this contract has been terminated or not.

"But what had been carried out was only the supply of diesel and maintenance works," he told the court.

Rosmah, 68, has claimed trial to a charge of soliciting RM187.5 million and two counts of receiving a bribe of RM6.5 million from Saidi through Rizal as gratification for helping the company secure the RM1.25 billion project to install solar hybrid systems and for the maintenance and operation of diesel generators for 369 rural schools in Sarawak.

She allegedly committed the offences at three places - Lygon Cafe at Sunway Putra Mall in Jalan Putra; her house at Jalan Langgak Duta, Taman Duta and at the Seri Perdana Residence, Persiaran Seri Perdana, Precinct 10, Putrajaya between Jan 2016 and Sept 7, 2017.

The hearing before Justice Mohamed Zaini Mazlan continues on March 9.