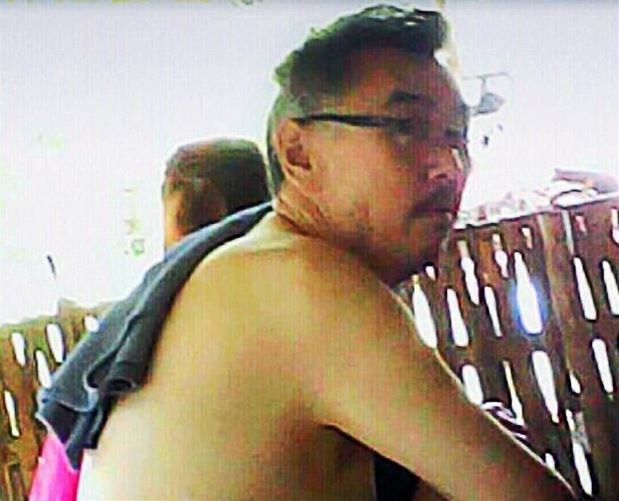 A picture of Then taken when he was in captivity in Jolo.
The Star/ANN

KOTA KINABALU - Malaysian hostage Bernard Then was beheaded by the Abu Sayyaf terror group on Jolo Island in southern Philippines despite hopes that he would be freed soon.

The Philippines military claimed a breakdown in the negotiations led to the beheading of Then by the group led by Indang Susukan.

Malaysian negotiators with the help of Filipino emissaries have been working round the clock to secure the release of the 39-year-old engineer and Ocean King seafood restaurant manager Thien Nyuk Fun, 50, since their kidnapping from Sandakan on May 15.

According to the Philippines military, negotiations with the Abu Sayyaf for Then's release had broke down.

The Abu Sayyaf had raised their ransom after agreeing to an initial amount and held back the release of Then, sources said.

Jolo social workers told The Star that Then was beheaded in the jungle area of Butaran hill around Idanan village at around 4pm yesterday.

They added that the Abu Sayyaf was planning to release of a video of the beheading.

Brigadier-General Alan Arrojado, commander of the Joint Task Group Sulu, confirmed that Then was beheaded because the Abu Sayyaf's ransom demands were not met.

"Then's body was buried in the vicinity where he was beheaded," he said, adding that the military was now heading into the mountainous jungle hideout of the Abu Sayyaf to locate Then's remains.

Sabah police commissioner Datuk Jalalluddin Abdul Rahman said they had yet to get confirmation of Then's death.

Inspector-General of Police Tan Sri Khalid Abu Bakar tweeted that Bukit Aman was still waiting for confirmation from southern Philippines and he offered thanksgiving prayer for Then.

Then, whose family flew to Kuching on hearing the news, is the first Malaysian kidnap victim to have been beheaded by the Abu Sayyaf.

The terror group has been involved in holding hostages for ransom since the Sipadan hostage saga in 2000.

Then, who is married and working in Cambodia, was on holiday with his wife in Sandakan, when he was grabbed by cross-border kidnap gunmen and then handed over to the Abu Sayyaf who initially demanded 60mil pesos (S$1.81mil) for the release of both Then and Thien.

Sources in Jolo said that the two were held by the Abu Sayyaf group of Susukan but when Thien was released, another Abu Sayyaf leader, Al Habsy, came into the picture, complicating efforts to release Then on an agreed upon amount.

Then's family who were optimistic after Thien's release were in shock as they didn't expect this turn of events.

"I do not know what I feel," a family member told The Star just before he flew from Kuala Lumpur to Kuching to inform Then's aged parents.