KOTA KINABALU - Security forces in eastern Sabah have gone on full alert amid reports that at least 17 Abu Sayyaf gunmen led by three notorious sub-leaders are on the hunt for "value kidnap" targets.

The group, believed led by sub-commanders Salip Mura, Majan Sahidjuan at Apo Mike and Abu Radin, left their stronghold in Jolo two days ago and headed towards the Tawi-Tawi chain of islands that borders Sabah's east coast to take hostages.

Intelligence reports in the Philippines stated that the group was going to team up with its Tawi- Tawi-based criminal elements who acted as spotters or lookouts for hostages in the eastern Sabah sea border.

Eastern Sabah Security Command (Esscom) commander Datuk Huzani Ghazali said they were aware of the information about the movement of the gunmen along the sea border. 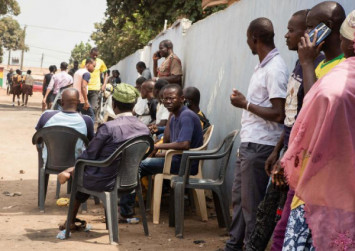 "We remain on full alert and have deployed all available forces into the area," he said when contacted yesterday.

He said the focus of operation was across the east coast sea border with southern Philippines that included Semporna, Lahad Datu and Sandakan.

According to intelligence sources, Salip, who is responsible for at least two kidnappings late last year in the east coast, was among the group using two 75HP speedboats as they left Jolo two days ago.

"With him this time around was sub-leader Mike Apo, who was actively behind the kidnappings in Sabah between 2014 and 2016," the sources said.

They were looking for higher value targets as they had failed to gain much attention following the kidnappings of Indonesian and Malaysian fishermen.

The Philippine military has also stepped up operations against the Abu Sayyaf whom they believe were behind the deadly bombing of a cathedral in Jolo in January this year.

Abu Sayyaf gunmen are still holding a Malaysian and two Indonesian fishermen snatched from the Pegasus Reef in the Kinabatangan area on Dec 5.

Meanwhile, the dawn-to-dusk curfew in Sabah's east coast has been extended for another two weeks from today.

Sabah Police Commissioner Datuk Omar Mammah said the extension till March 27 was necessary due to the continuing threat of kidnap-for-ransom groups and other criminals from neighbouring Philippines.