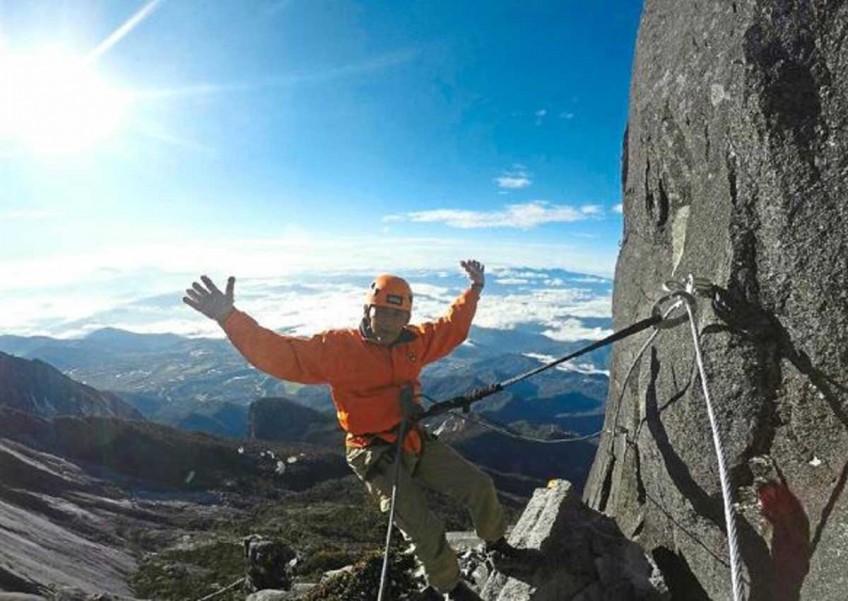 Tengku Adlin enjoying himself at the via ferrata.
The Star/ANN

KOTA KINABALU: Sabah Parks officials and an experienced mountaineer are giving their thumbs up for the additional safety measures at the world's highest high altitude trekking on Mount Kinabalu.

Tengku Adlin who trekked on the via ferrata on Jan 22 with Sabah Parks senior ranger Martin Moguring, after its reopening three days earlier said the safety equipment and measures there were more than adequate.

"The new equipment makes the via ferrata safer while trekkers get to experience the same spectacular views," said Tengku Adlin who went through the Lows Peak circuit at an altitude of 3,776m.

The mountain's via ferrata also has the Walk the Torq circuit for beginners at an altitude of 3,512m.

Ravichandran who also trekked the Lows Peak circuit equipped with the aeroligne continuous line system on Jan 16, said the via ferrata was a good starting point for anyone wanting to go into mountaineering.

"The new system is very friendly and safe. After I put in my carabiner to the line, I just have to drag the carabiner and at every junction, just belay through and continue the journey.

"I believe beginners will feel safe and more comfortable with less fear compared with the old system.

"The height is of course a big challenge as the trail descends down on the rock face overlooking Ranau and Kundasang, but climbers are rewarded with mesmerising views of the valley and sunrise," Ravinchandran added.

He recommended climbers around South East Asia to start using Mount Kinabalu and via ferrata as part of their high altitude and mental preparation before going for any major expeditions above 5,000m.

Public trekking up Mount Kinabalu and the via ferrata was closed following the June 5 earthquake that triggered rock and boulder avalanches killing 18 people.

The mountains summit trail was reopened on Dec 1 and on Jan 19, state Tourism, Culture and Environment Minister Datuk Seri Masidi Manjun launched the reopening of the Mount Kinabalu via ferrata.