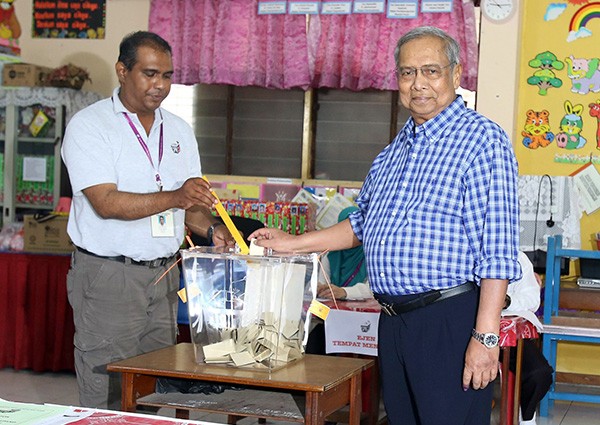 KUCHING, Sarawak - Barisan Nasional has surpassed its target of 70 seats in this 11th state elections.

Barisan won all the bumiputra seats except Ba' kelalan and Krian which were retained by PKR. PKR also retained its Chinese-majority seat of Batu Lintang.

However, DAP lost in five of the 12 seats that it won in the previous elections as well as the new seat of Batu Kitang.

Tan Sri Adenan Satem is expected to be sworn in as Sarawak chief minister at 10pm tonight.

[[nid:213907]]
SUBSCRIBE TO OUR NEWSLETTER
Your daily good stuff - AsiaOne stories delivered straight to your inbox