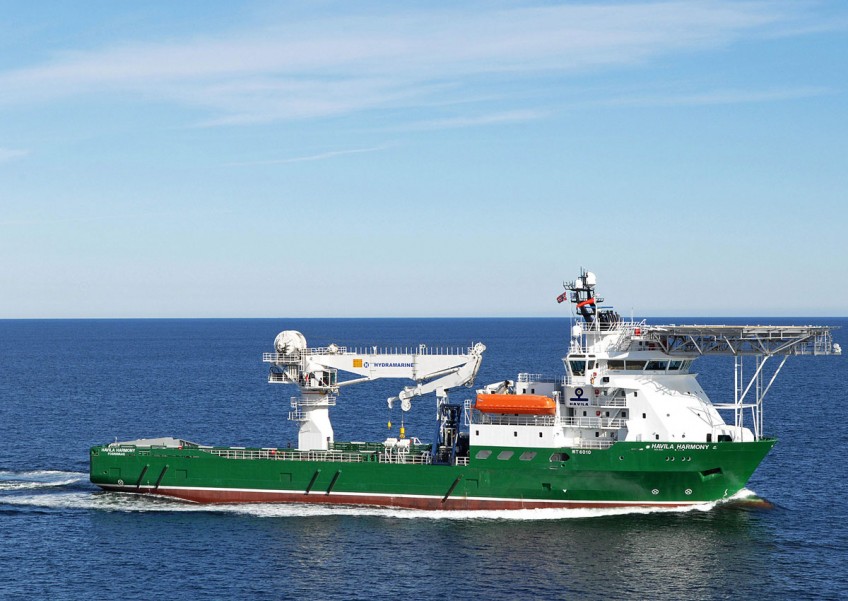 An undated and unplaced handout photo obtained from the Australian Transport Safety Bureau (ATSB) on December 3, 2015, shows Havila Harmony, one of three ships scouring the southern Indian Ocean for the remains of missing Malaysia Airlines flight MH370. Australia on December 3, 2015 said fresh analysis of data on missing jet MH370 confirmed authorities were searching in the right place, with hopes remaining that it will one day be found.
AFP

SYDNEY - Australian authorities searching for a missing Malaysia Airlines passenger jet said on Monday they had lost a deep-water sonar detector being used to scour a patch of the ocean floor where the plane is believed to have gone down almost two years ago.

Malaysia Airlines Flight MH370 disappeared with 239 people on board during a flight from Kuala Lumpur to Beijing in March 2014, sparking one of the greatest mysteries in aviation history.

On Saturday, a piece of suspected plane wreckage was found off the east coast of southern Thailand but aviation experts and Thai officials said it was unlikely to belong to MH370.

A piece of the plane washed up on the French island of Reunion in the Indian Ocean in July 2015 but no further trace has been found.

The search, using a sonar detector known as a towfish, is focused on a 120,000-sq-km (46,330-sq-mile) band of sea floor in the remote southern Indian Ocean. "The towfish collided with a mud volcano which rises 2,200 metres from the seafloor resulting in the vehicle's tow cable breaking," the Joint Agency Coordination Centre (JACC), the agency overseeing the search efforts, said in a statement.

The incident occurred on Sunday, it said. "The towfish and 4,500 metres of cable became separated from the vessel and are now resting on the sea floor," it said.

The towfish coasts around 100 metres (330 feet) above the sea floor, sending out sound waves diagonally across a broad strip of terrain to produce a flattened image of the seabed.

Earlier this month, JACC reiterated it would complete scouring the seafloor by the end of June, ruling out a further expansion without new confirmation on the aircraft's location.

On Monday, it did not say whether the lost towfish would delay that timeframe. A spare towfish on board search vessel the Fugro Discovery was being prepared, JACC said. It was thought it would be possible to recover the lost towfish later.

The Australian-led underwater search is one of the most expensive ever conducted.