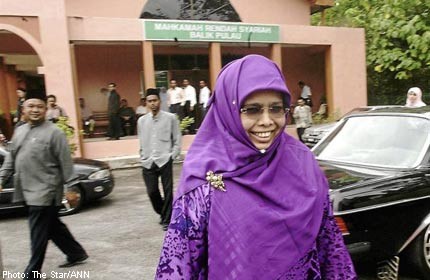 MALAYSIA - Police have arrested the widow of the founder of the deviant Al-Arqam sect over allegations that funds meant for an orphanage were misused.

Hatijah Aam, the widow to the late Ashaari Muhammad, was arrested after she presented herself at the office of the Selangor Religious Authority in Shah Alam on Thursday, Berita Harian reported.

The arrest followed several police reports lodged by individuals, including former members of a company set up by former Al-Arqam followers, on the alleged misuse of funds.