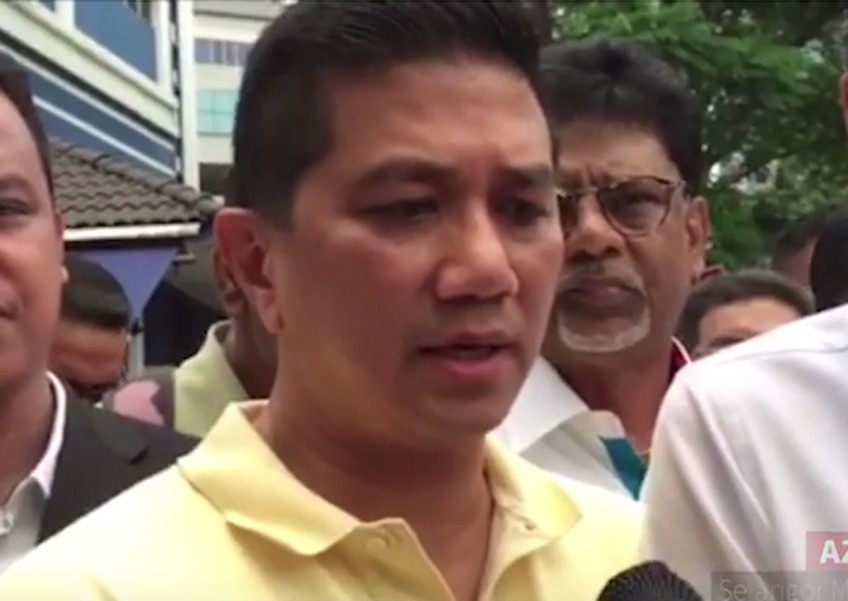 KUALA LUMPUR - Selangor Mentri Besar Azmin Ali was questioned by police over a speech he made during the Permatang Pauh by-election in May and for wearing a Bersih 4 T-shirt that had been declared illegal.

Azmin, who was represented by former Bersih chairman Datuk S. Ambiga and PKR legal advisers Latheefa Koya and N. Surendran during the enquiry, was quizzed between 10.15am and 11.50am at the Dang Wangi district police headquarters here yesterday.

"I came here after I was summoned by the police. There are two teams - from Dang Wangi and Bukit Aman - investigating this matter.

"We have to stick together and not feel intimidated by pressure from several quarters," he told reporters outside the police station.

Azmin claimed that the probe was another form of intimidation and harassment against political parties.

"I'm more than determined to fight for the people. I will not tolerate it as whatever we have done, we have abided by the law," he said.

Azmin is being investigated under Section 4(2)(f) and 4(1)(c) of the Peaceful Assembly Act for organising and taking part in a street protest and Section 8 of the Printing Presses and Publications Act 1984 for wearing the banned T-shirt.