Senior citizen sets himself on fire at Malaysia taxi station

BATU GAJAH - A senior citizen said to be suffering from depression set himself on fire at a taxi station here.

He died some four hours later on Saturday from severe head injuries.

The 62-year-old victim doused his body with petrol before setting himself alight, with passers-by watching in horror before some rushed over to put out the fire.

Firemen treated his burns before handing him over to the police. 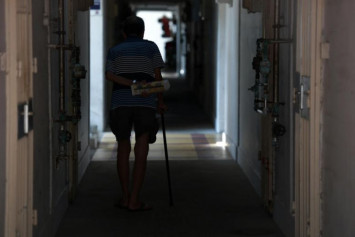 Deputy OCPD Supt Tan Boon Hooi said they received a distress call at about 7pm, telling them that a man was on fire near a petrol kiosk.

He said the victim was unemployed and lived alone.

"But investigations found the victim had four siblings in Gopeng, Kuala Lumpur and Johor," he said.