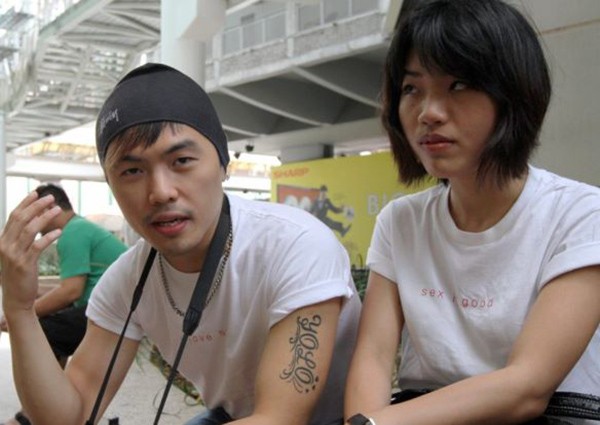 KUALA LUMPUR - The bak kut teh restaurant in Jalan Ipoh here which the "Alvivi" sex blogger duo patronised only served pork, the Sessions Court was told.

The proprietor of the bak kut teh restaurant testified on Thursday that his business, which had been operating for the past 10 years, sold two types of bak kut teh and both contained pork.

"The main ingredient for both dishes is pork - one is cooked with herbs, chicken feet and soy sauce and the other with broth and herbs," Yiap Geok Khim told the court when asked to describe the dishes.

The 51-year-old was testifying on the controversial bak kut teh Facebook posting by sex bloggers Alvin Tan Jye Yee and Vivian Lee May Ling.

When asked if it was his restaurant pictured in the controversial photo, Yiap said he was not sure.

He also told the court that his restaurant did not have halal certification from Malaysian Islamic Development Department (Jakim) when asked by Deputy Public Prosecutor Wan Shaharuddin Wan Ladin.

However, Yiap said he was unsure of the exact dish the accused had as he was not the one who took the order.

"But they did come to my restaurant once to eat bak kut teh," he said.

Fakhri was the individual who lodged a complaint with MCMC after he saw the Facebook posting on July 12, 2013.

He told the court that he felt compelled to lodge the report as the posting had "touched on the sensitivities of Muslims" in the country.

Defence counsel, Chong Joo Tian then asked Fakhri during cross-examination whether he agreed that the posting wouldn't be insulting if he didn't have the perception that bak kut teh was haram.

"I disagree. Since I was young, I always knew that bak kut teh was haram for consumption," he said.

He added the posting was done to insult the Muslims, as it had a halal logo on the photo and was published during the fasting month.

They were charged with displaying pornographic images on their blog between July 6 and 7 that year.

For the second charge, they were accused of uploading content that could possibly stir hostility among those with different beliefs between July 11 and 12.

They also face a charge of publishing a seditious photograph and inviting Muslims to break fast with bak kut teh together with a halal logo.

Tan and Lee later apologised for the video posting on YouTube, saying it was done in jest.

Their charge under Section 298A(1) was later dropped by the Court of Appeal on grounds that it did not apply to non-Muslims.

Tan has jumped bail and is currently in the United States.