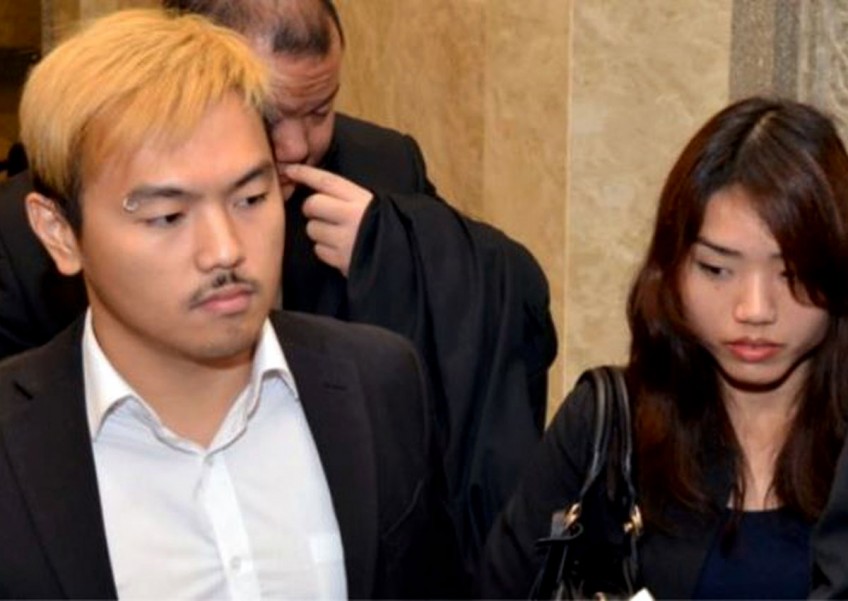 KUALA LUMPUR - The trial of infamous sex bloggers Alvin Tan Jye Yee and Vivian Lee May Ling has begun with a lecturer testifying that he was upset with their bak kut teh posting and buka puasa greetings on Facebook.

Industrial Training Institute lecturer Datuk Syed Al Kadir Hassan told a Sessions Court here that the words used, as he understood it, was not referring to Muslim food.

"We all know that bak kut teh means sup tulang babi," said Syed Al Kadir in the trial before judge Abdul Rashid Daud.

"I was angry as the caption should not have been published at anytime since Muslims do not consume the dish," he said.

Syed Al Kadir, 49, said he lodged a police report after seeing a print-out of the posting which was shown to him by his friends at a cafe on July 13, 2013.

Cross-examined by Lee's counsel Chong Joo Tian on whether he agreed that bak kut teh referred to meat bone soup and not pig's bone soup, Syed Al Kadir said: "I disagree."

Earlier, Sulaiman Khoo who was a Deputy Public Prosecutor attached to the commercial crime division and was also a convert, said the term bak kut teh came from the Hokkien dialect and that it was a pork based dish.

They were charged with displaying pornographic images on their blog between July 6 and 7 that year.

For the second charge, they were accused of uploading content that could possibly stir hostility among those with different beliefs between July 11 and 12. They also face a charge of publishing a seditious photograph and inviting Muslims to break fast with bak kut teh, together with a halal logo.

Tan and Lee later apologised for the videoposting on YouTube, saying it was done in jest.

Their charge under Section 298A(1) was later dropped by the Court of Appeal on grounds that it did not apply to non-Muslims.

Lee, who was present in court yesterday, appeared to be in jovial mood.

Tan has jumped bail and is believed to be in the United States.