She taught English in Singapore, he was a former drug addict: Malaysian HIV-positive couple show love is resilient

For Rosli Ismail and Rahayu Rahmat, it’s not just love that keeps them together. Communication and understanding each other make their marriage a success.

PETALING JAYA - Ms Rahayu Rahmat was not feeling well that particular morning. Something someone said the other night was still haunting her.

Being HIV-positive, the 49-year-old mother of four was used to getting nasty remarks from strangers. But that doesn't mean it still doesn't hurt.

Lying in bed, gloomy and slightly broken, she suddenly caught a sniff of something burned. She turned over to look and there he was, her husband Rosli Ismail, holding a plate of charred toast and eggs.

The breakfast did not look all that appetising but for Ms Rahayu, it was enough to make her day.

"This is why I love him. He's a lousy cook but he would do it anyway to make me feel better. Nobody has done that for me," shares Ms Rahayu during a recent interview in Petaling Jaya.

Mr Rosli, a former NGO worker and a recovering drug addict, smiles at his wife of nine years. Caring for Ms Rahayu and her four children from her first marriage has always been his priority.

Even when Ms Rahayu and her children were living hand to mouth on the streets of Johor Baru all those years ago, scraping the bottom of garbage bins for leftover food, the 52-year-old Mr Rosli was determined to help them.

Mr Rosli first met Ms Rahayu and her children in 2009 when she was looking for potential clients along the dodgy backstreets of Johor Baru.

Ms Rahayu, a former English lecturer at a Singaporean college, was homeless and penniless. She had to resort to being a sex worker to support her family.

Ms Rahayu and Mr Rosli, who had been married since 2010, eagerly share that their paths could have crossed when they were still teenagers studying in Singapore.

"Our schools were just 30 minutes apart and we were even at the same school events!" says Ms Rahayu.

"She took the bus from the same bus stop that I used," chimes in Mr Rosli rather excitedly.

But as fate would have it, their paths only crossed when they were at their lowest.

"I was actually part of an NGO. We were doing street feeding that day and I saw her and her kids," recounts Mr Rosli.

"I wanted to know what her story was. I was trying to make her open up but she was reserved."

Last year, Ms Rahayu wrote her autobiography Be Careful Of This Woman: My Journey To Freedom. In the book, Ms Rahayu recounts in vivid detail how she ended up on the streets and her long and painful journey to freedom.

But Ms Rahayu was not always this open to sharing her tale. Just like the day when she first met Mr Rosli on the streets, trust was not a luxury. 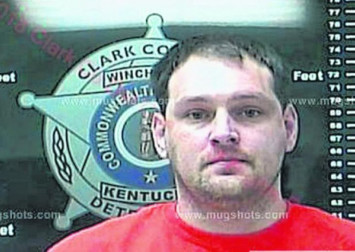 "I was so afraid of men getting close to me," says Ms Rahayu, a slight quiver in her voice.

It was her husband from her first marriage who had sold her to a brothel in 2003 to pay off his drug debts. He also infected her with HIV.

Their house in Johor Baru was also auctioned off and before long, he had sold their children's Singaporean citizenship and birth certificates, forcing them to live on the streets. Their youngest daughter was then barely a year old.

A year later, Ms Rahayu was kicked out of the brothel because she had HIV. And when she finally found her children, she had no choice but to return to the streets to keep her family alive.

It was her determination and bravery that caught Mr Rosli's attention. He was also homeless at that time. He was living in a shelter run by the non-governmental organisation he was working with.

"Her courage attracted me, that she kept going for her children," says Mr Rosli, who is also HIV-positive.

"I know people who'd sold off their children because they couldn't afford to feed them. But she didn't do that. She's just incredible and courageous," he adds.

Mr Rosli managed to get Ms Rahayu and her children off the streets and found them a small flat in Johor Baru to live in. He also helped her children to retrieve their original birth certificates from Singapore's Immigration and Checkpoints Authority and eventually secured their Malaysian citizenships in 2012.

Now, three of her children are gainfully employed while the youngest is in her final year of secondary school.

"He showed that he was sincere towards me. That touched me to the core. He wasn't after free sex. He genuinely wanted to help me," says Ms Rahayu.

Eventually, the frequent meet-ups grew into a deep friendship. And soon, both Ms Rahayu and Mr Rosli were going out.

"I remember there was once we went out to watch a movie in town and he wanted to hold my hand. I told him not to because over the years, I've had so many customers.

"I didn't want people to look down on him. But he couldn't care less. He said if he's not ashamed, why should I be?" recalls Ms Rahayu fondly, adding that it took Mr Rosli several tries before she agreed to marry him.

The couple went on to set up Persatuan Kebajikan Sinar Sofia in 2011 to help the sex workers and the homeless in Johor Baru through street feeding programmes. In 2017, they established the Sinar Sofia Shelter Home For Women, a halfway house to rehabilitate sex workers.

This would go on to define their marriage, never a moment apart and always engaged in activities together.

"Even if only one of us is invited to speak somewhere or when we're attending a course, we'll do it together, even if it means sleeping in separate rooms. As long as we are together," says Mr Rosli with a smile.

But Ms Rahayu shares that it was not always just love from the day they got married. This relationship was something they worked hard at together.

"Our marriage was not always based on 100 per cent love. It was 50 per cent love, 50 per cent 'let's give it a try'. Then over the years, it slowly increased to 'if without him, I can't go on'. I even told him that if he ever dies first, I will stop doing whatever I'm doing because without him, I don't think I can go on," says Ms Rahayu, fighting back her tears.

"She keeps me clean and sobre. Without her help and support, I know it's going to be tough. For example, when I get angry, she would calm me down and prevent me from going out because she knows I could meet my friends and go the wrong way again," says Mr Rosli, who has been drug-free for nearly 10 years now.

Ultimately, for Ms Rahayu and Mr Rosli, what keeps their marriage alive and vibrant is communication and a deep understanding of each other.

"He never bosses me around. Never. And he's always patient with me although I flare up easily," says Ms Rahayu.

Mr Rosli agrees with that, saying that love is blind.

"My wife always says that to me, but love will wake you up after marriage because only then will all the challenging stuff start showing up.

"For me, you have to know and understand your partner very well before you make the decision of marrying that person… because if you say yes, you have to go all the way," concludes Mr Rosli.