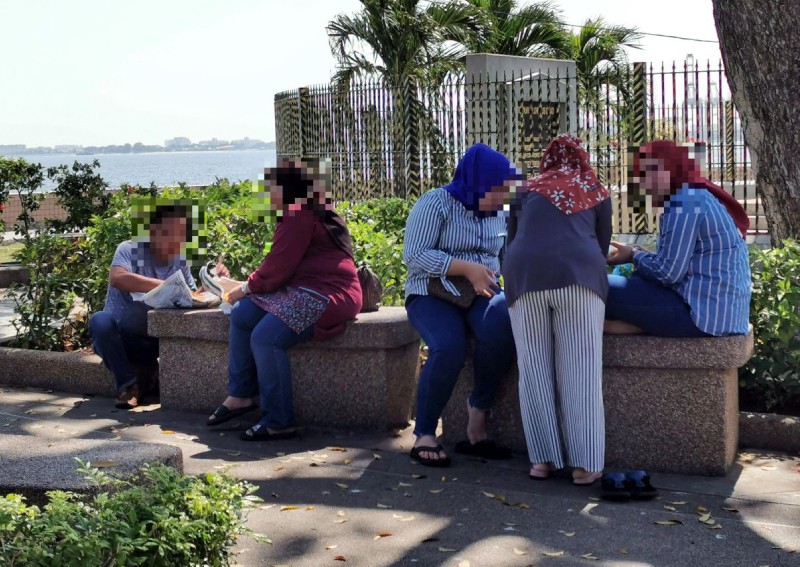 Oblivious to order: People gathering to eat at the promenade area near the Esplanade in George Town.
The Star/Asia News Network

PETALING JAYA - Despite a movement control order (MCO) in place, many Malaysians continued with their favourite pastime - eating and hanging out at food courts and restaurants on the first day.

Many even took to public parks to exercise despite those having been closed down for the next two weeks as part of a move to curb the infection of Covid-19.

In George Town, Penangites seemed to have adopted a lackadaisical attitude and continued to gather despite the MCO coming into force.

A check in Balik Pulau found some residents patronising coffeeshops and getting together for their morning "coffeeshop talk" session. Although they were not seen eating food, there were drinks on their tables.

Over at the Speaker's Square at the Esplanade, about 15 elderly people were spotted hanging out there and chatting.

Along the promenade area nearby, people could be seen eating their packed food under shady trees.

In Jelutong, chairs and tables were stacked up at eateries as customers were not allowed to dine in. But this did not stop people from making a beeline to some of these eateries to order takeaway meals.

Enforcement officers from Penang Island City Council visited several places here, such as the Cecil Street Market, to ensure that the public fully observed the MCO.

On the mainland, a cybercafe in Chai Leng Park, Butterworth, was open with several customers inside.

A hawker complex near the market there was filled with customers queuing up to buy food, while some took a break and sat on the benches at the complex.

A man wearing a surgical mask, who declined to be named, said his mobile phone shop was closed and he had nothing to do at home.

"We are not gathering here, we just happened to be here at the same time to buy food," he said.

An electrical supply shop in the vicinity also saw some customers buying goods.

At Penang Sentral, commuters were seen passing time at some of the food outlets there, though they were not eating.

Penang Sentral employees were spotted conducting temperature screening of passengers headed to the express buses, but not on those waiting for local buses.

The Seberang Prai City Council said in a media statement that the public were not allowed to carry out any recreational activities at public places and recreational parks.

Meanwhile, restaurants and other food outlets in the heart of George Town reportedly observed the first day of restricted movement.

Most of the nasi lemak and roti bakar stalls in George Town were closed while the famous Transfer Road roti canai was open for takeaway, with a handful of customers lining up.

Lebuh Acheh, which is usually packed with tourists, especially during the school holidays, was almost deserted. Restaurants in Little India saw customers waiting for their takeaways. 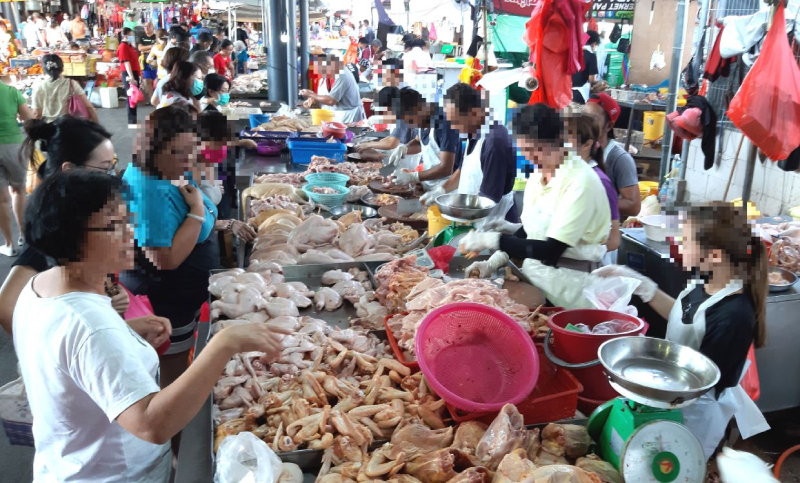 In Kuala Lumpur, people were seen in parks despite notices issued by Kuala Lumpur City Hall (DBKL) on the park closures.

DBKL had put up notices in all 13 of its recreational parks on Tuesday that those parks, along with its libraries and community parks, would be out of bounds to the public.

However, there were people walking and jogging at Metropolitan Park in Kepong.

As for eateries and roadside stalls, most were closed save for those that catered to takeaways and deliveries. But a few stalls in Brickfields were spotted serving drinks to customers sitting at tables.

In Sibu, numerous food and drink stalls in the town's central market were still allowing customers to dine in despite the MCO.

It was business as usual at the central market food court as the operators continued to serve their customers, who sat down to eat.

Sibu Municipal councillor Albert Tiang, when contacted, said the council would be issuing a reminder to all the traders before noon (yesterday).

"We will issue a notice to inform them that they are only allowed to serve takeaways from now until the end of this month," he said.

He said the council would be taking stern action against those who did not comply after the notice was served to them.

"We will either suspend their licence or revoke it," he added.

Tiang said all traders would already be aware of the directive from the Federal Government.

A quick check on coffeeshops in town found that they were complying with the order.

In Sabah, signs of public apathy could be seen in many areas across the state, with many customers continuing to patronise food outlets in Kota Kinabalu.

By noon yesterday, there was little enforcement seen in areas such as Semporna and Lahad Datu, though the authorities had started to clamp down on such shops in the state capital.

Kota Kinabalu City Hall (DBKK) had ordered the suburban private "tamu" (markets) to close and observe the ruling that only allowed the DBKK-run markets to continue business.

But there were areas in and around the city that were quite quiet, with significantly fewer cars on the roads.

There was confusion among hoteliers, with some shutting down completely by midnight on Tuesday while others stayed open to serve the remaining guests.

A hotel manager questioned if they could accept new guests as hotels were now included in the expanded list of essential services.

The Sabah government's order to totally seal its borders also faced problems at the airport, where non-Sabahans who arrived were stopped from exiting and asked to get permission from the state secretary to enter the state.

Most officials indicated that the hiccups were being sorted out and the key aim was to keep public movement to a minimum.

"For now, we will advise those who are outside to only leave their homes when necessary or for emergency matters.

"We also found several premises such as a car wash outlet, a restaurant and a vape shop open for business. We told them to close immediately or face stern action," he said.

"We advised them to disperse immediately and close the temple," he said.

In Ipoh, Perak Information Department director Mohd Taip Ubah said they had deployed its staff to make announcements on the movement control order, as well as regulations for the prevention and control of the virus from roving vehicles using megaphones in housing areas, Orang Asli settlements, Felda settlements, villages and markets, among other places.

"We urge the public to co-operate and follow all the instructions to fight Covid-19," he said.