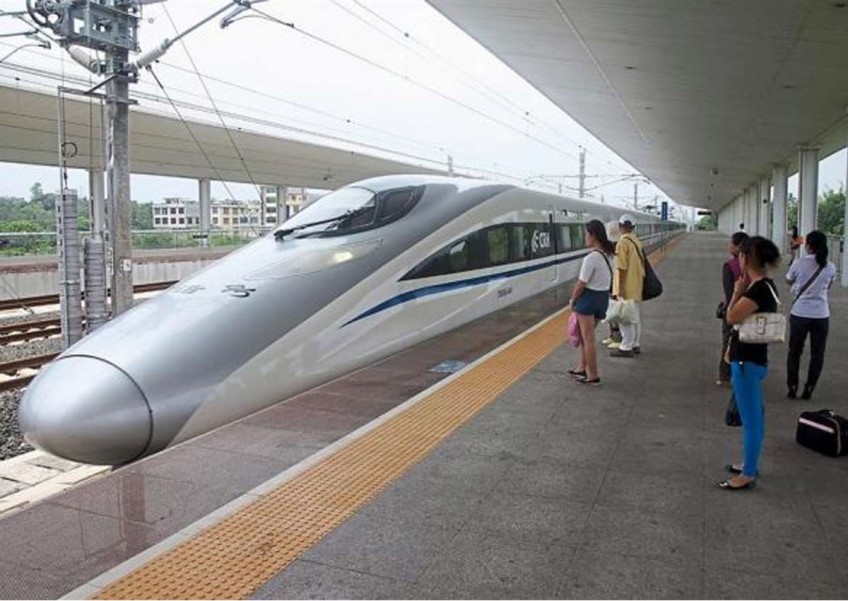 UNDER the hot Hainanese sun, a bullet train speeds down the east side of China's southernmost province. Leaving Haikou in the north, it passes coconut trees and building projects, skirting the South China Sea coast.

Its final destination is Sanya, about 300km to the south, which it reaches about 90 minutes later.

This is the Eastern Hainan High Speed Rail (HSR) line, one of the two fast train lines on the island.

China may use this line as a model to build the planned 350km Kuala Lumpur-Singapore HSR, a project which may kick off in the near future if the republic gets the bid. Tenders will open later this year.

Over the past few years, several countries with HSR technology have declared their interest to take on the project, said to carry a possible RM60bil price tag - one of the biggest transport projects in Malaysia.

It has been touted as one of the drivers for the Government's quest towards a high-income economy, a goal it wants to achieve by 2020.

East Asia's powerhouses - China, Japan and South Korea - have been making a strong push to develop the line.

In a pitch to selected reporters from Asia in Beijing, China's national rail operator, the China Railway Corporation, said it was confident of having the upper hand.

"We have been paying attention to this KL-Singapore HSR project, and know that some other countries are also keen," said its deputy chief engineer Zhao Guotang via an interpreter in April.

"Our confidence comes from our strengths in HSR which are incomparable to that of other countries," he added, pointing out that China's HSR technology was more compatible with existing rail standards here in the region.

Zhao said the HSR lines in Hainan and around Guangzhou were similar to what Malaysia and Singapore had in mind for their line.

China, he noted, had much more experience than its competitors and spoke of the country's 19,000km-long HSR network.

Some similarities between the KL-Singapore line and Hainan's two tracks can be drawn.

Aside from the island's hot, humid weather, both networks have tracks that are more than 300km long. Both also provide a direct link between their respective regions' two largest cities, passing many major towns.

In terms of HSR technology, China is the world's biggest newcomer.

It built its first HSR line in 2003, nearly 40 years after Japan introduced its Shinkansen to the world, and also a year before South Korea's.

But its push for the bullet train has been aggressive, to say the least. In January this year, China reached the 19,000km mark.

This network, which criss-crosses the world's most populous nation, is at least five times as long as Spain's, the world's second largest in total HSR track.

It also has nearly 2,300 electric multiple unit (EMU) train sets, more than half of the world's total, Zhao said.

It also has plans to connect via HSR its southern provincial capital of Kunming near Myanmar, through to Laos, Thailand, Malaysia and Singapore.

A Chinese official in Malaysia once claimed in 2015 that a Chinese-run firm could build all the needed tracks in a five-year period.

This was something that Zhao alluded to in Beijing.

He said the country's use of "advanced machinery" made it so that the foundation of three to five "building piles" could be brought up in one day, adding that in the past, it would take three days just to set up one.

"We can finish in three to five years, but for other countries it may take seven to eight years," he said.

Zhao said that while they had fixed the problem contributing to the Wenzhou HSR accident in 2011 which killed 40 people, the republic had upgraded its services, and boasted a total of 3.5 million passengers using its lines each day, with a 99 per cent punctuality rate.

He also pointed out that China had a "traditional good friendship" with Malaysia and Singapore, and was banking on this as an advantage.

Right now, both countries are still negotiating over the details that will cover the project.

Malaysia's HSR project delivery vehicle MyHSR Corp said it had finalised the corridor for "almost" the whole alignment stretch from KL to Nusajaya.

It also said it closed an open tender for the appointment of the company's technical advisory consultant.

"This consultant is expected to assist MyHSR in further defining the technical details of the project," a spokesman said.

He did not go into detail about the points that were still being negotiated between Malaysia and Singapore, but added that the Governments needed to think beyond the tender stage.

Asked if Malaysia was likely to pick China over the others, the spokesman said: "We are looking to procure using an open tender for the project at an appropriate time.

"The tender will be fair and transparent."

Malaysia, he said, was looking for a model that would suit the operating environments and expectations of both countries.

"Price is also expected to be an important consideration. The working team will finalise the details prior to tender," he said.

With the project going through an open tender, and Singapore being the other deciding party, there is a chance that China may not get the deal it wants.

South Korea is offering to transfer its HSR technology over to Malaysia, but the details have yet to be ironed out.

Japan is banking on the safety and reliability of its Shinkansen - not a single person has been killed riding on a bullet train there since it first rolled out in 1964.

Asked if China would reconsider its regional plans or carry on with the Bandar Malaysia terminal if it was not able to claim the HSR line, Zhao said: "It is not necessary to connect the two projects together."

"Besides the economical profit, we are considering a lot of other profits we may bring to (other) countries.

"In this process, for the construction and in equipment manufacturing, we are organising a lot of relative enterprises to push forward our corporation," he said.

Zhao said the enterprises would not come under China Railway's purview, and that they were independent of the rail company.

"What we are trying to do (is) to ensure that what we offer is of (the) highest quality," he said.

Earlier this year, Prime Minister Datuk Seri Najib Tun Razak said Malaysia was expected to sign a memorandum of understanding (MoU) with Singapore for the development of the project. A Bernama report said that the MoU was expected to be signed in July.

There is a fair amount of indication that Malaysia is leaning towards choosing China. Singapore's choice is not known at this time.

Federation of Malaysian Consumers Associations (Fomca) secretary-general Datuk Paul Selvaraj implied that the needs of those who would use the HSR needed to come first.

He said high safety standards and an affordable price were also important here.

"The one who gives best value should get the contract, in terms of pricing and in terms of track record. Whoever gets (it) should provide the best service to the country," he said.