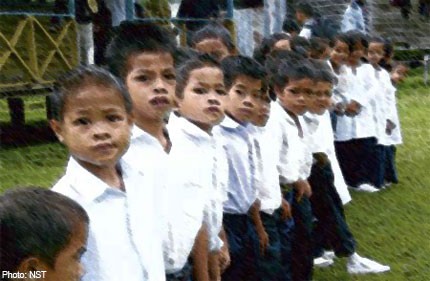 MALACCA - The Malacca Government has promised stern action against an abusive primary school teacher following fresh allegations that Year One and Year Two male pupils of an eminent school here were questioned on the colour of their private parts.

"I promise we will look into the matter very seriously. If one pupil complains against the teacher, he could be making up a story but if there are a myriad of them making the same allegations, then it calls for an in-depth probe," he said when contacted yesterday.

Md Yunos was commenting on the allegation from a group of parents.

The parents also claimed that official complaints had been submitted to the State Education Department on the teacher over his behaviour during school.

Yunos said the probe on the disciplinary teacher who also allegedly labelled a 12-year-old pupil as a "prostitute" was ongoing.

"We don't condone such abusive teachers. There are times when the students are difficult to control but there are proper methods to punish them," he said.