Steward's son to grandpa - 'I am man of the house now' 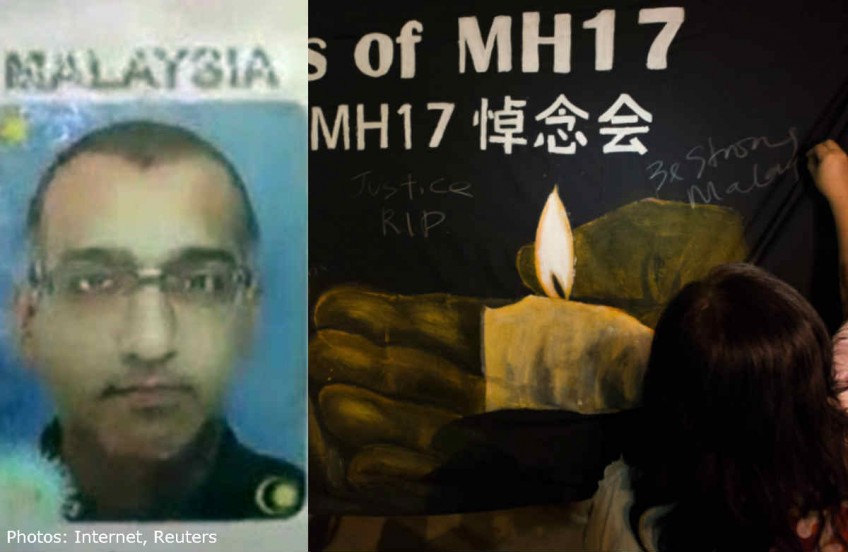 BUKIT MERTAJAM - Ten-year-old Hans Singh Sandhu seems to have grown up overnight amidst the anguish of MH17.

"Your son is gone but I'm still here," he told his grandfather Jijar Singh, 71.

"I'm your son now and I will be the man of the house," he added.

Recounting his telephone conversation with the boy, Jijar said his grandson consoled him instead after news of the plane crash broke.

Han's father Sanjid Singh Sandhu, 41, was a steward on board the doomed flight, but Jijar couldn't come to terms with his fate.

"We don't mind if one of us has to go first, but definitely not our son. This is not how the world is supposed to be," he said.

"The older ones should depart first."

Jijar hoped Sanjid's body would be found and returned to his family so that final rites could be conducted.

Sanjid worked in the hotel industry for seven years before joining Malaysia Airlines on June 17, 1997.

His wife Tan Bee Geok, 43, also a MAS stewardess, heard the bad news from her in-laws.

Sanjid's mother Jajit Kaur Sandhu, 73, said she called her daughter-in-law an hour after hearing about the tragedy from her daughter at 4am.

"She (Tan) said Bobby (Sanjid's nick­name to family and friends) was touching down at 6.10am," said Jajit.

"It was then that I realised she did know what had happened," added a teary-eyed Jajit at her home in Taman Selamat Alma here yesterday. "So, I told her that Bobby was no longer with us."

On Saturday, The Star reported that Tan was to be on board MH370, which went missing in March en route to Beijing, but was spared the tragedy when she switched shifts with a colleague.

Luck was, however, not on Sanjid's side. He was not supposed to be on MH17 but swapped his shift with another steward.