JOHOR BARU - Thousands of people travelling between Singapore and Johor Baru via the Causeway and Second Link were left simmering in frustration after being caught in a traffic backlog, which is believed to have started since 2am yesterday.

Among those affected was senior engineer Azham Hamzah, 39, who stuck for about four hours was on his way to work from Skudai to Singapore.

"Normally, it would take about one-and-half hours to two hours to go across the border.

"The immigration counters in both Singapore and Johor checkpoints open as usual in terms of number but the security checks feel longer and tighter than usual," he said, adding the school holidays may also be a contributing factor.

Another motorist going through the ordeal was aviation screening officer, Darvintharan Nair, 29, who has been working in Singapore for over two years.

"I left home as early as 6am, hoping that I will be able to reach my office by 9am, but ended up arriving at about 10.30am.

"I understand that the nature of the traffic here has always been unpredictable, but this time it is unusually slower," he said. 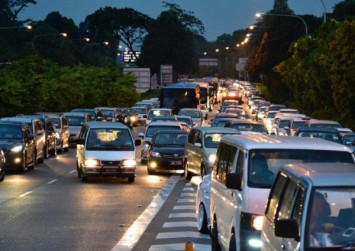 He hopes traffic will return to normal today.

Taxi drivers complained that the situation caused some of them to lose customers.

Malaysian taxi driver Muhammad Jaafar Ali said he reached Singapore at about 6am despite leaving from Larkin Sentral at 2am.

"Although this is not the first time we have experienced such bad traffic congestion, this is definitely one of the worst in 2018.

"Other drivers told me that some of the passengers who go to work by taxi every day even called in sick because it is impossible for them to reach work on time," he said. 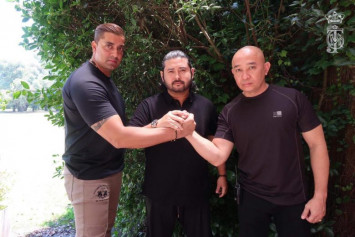 "We do not know when they started increasing security checks but the traffic congestion became apparent since this morning," he said when contacted.

Supt Razak advised motorists to follow traffic rules for their own safety and not aggravate the situation.