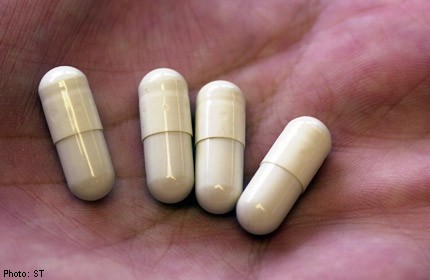 KUALA LUMPUR - A 32-year-old housewife was overjoyed when she lost 6kg in less than two months after consuming slimming pills she bought online.

She then spent almost RM15,000 (S$5800) purchasing the pills for her friends and family before realising that it contained a harmful substance banned in Malaysia, called "Sibutr­amine".

"When I first began consuming the pills, I had palpitations, headaches and difficulty sleeping.

"The distributor of the product told me I was experiencing this because there was caffeine in the pills," said Irene Wong, who started taking the pills after it was recommended by her friend.

Wong had asked her friends, including a woman living in Hong Kong, to buy the product as it was offered at a cheaper price when purchased in bulk.

The woman in Hong Kong had sold the pills to her friends there and one of them was admitted to hospital after suffering from severe palpitations. It was then discovered that the product has been banned in Hong Kong.

When Wong discovered this, she immediately sought the help of the MCA Public Services and Complaints Department, which wrote in to the Health Ministry.

The ministry, in a letter made available to The Star, confirmed that the product was not registered with the National Pharmaceutical Control Bureau (NPCB) and prohibited from being sold in Malaysia as it contained Sibutramine.

The ministry said the substance, which is an appetite suppressant, increased the risk of heart attack and stroke.

Wong said she had contacted the distributor of the product via Face­book many times to inform them about the dangers and to ask them to stop selling it.

However, she said, the product was still being sold openly, for RM160 per bottle, and many seemed to be purchasing it.

Department head Datuk Seri Michael Chong, in a press conference with Wong yesterday, cautioned the public from buying the product, and urged those who had already bought it to stop consuming the pills.

He added that a police report would be lodged over the matter soon.