Malaysia's politician Anwar Ibrahim speaks during an interview with Reuters in Petaling Jaya, Malaysia, on Feb 6, 2020.

KLANG - Parti Keadilan Rakyat (PKR) president Anwar Ibrahim's supporters may consider taking to the streets if the veteran leader does not become Malaysian prime minister in May this year.

The pro-Anwar group called Otai Reformis 1998 said there should not be any more delays on the matter.

"The agreement was for Tun Dr Mahathir Mohamad to be prime minister for two years," said the group's secretary Abdul Razak Ismail.

"This agreement must be honoured," he said, adding that if there were more postponements, Dr Mahathir could reach a full term in office.

He said Otai Reformis 1998 was preparing a memorandum to be presented to Pakatan Harapan component parties during the presidential council meeting on Friday (Feb 21).

"The memorandum will ask for the earlier agreed time of May this year to be honoured. We will also ask them for a fixed date for the transition, which cannot be changed," he added.

According to Mr Abdul Razak, Otai Reformis 1998 also wants Dr Mahathir to sign a document saying when he will hand over the reins of leadership to Datuk Seri Anwar.

"We want something in black and white where he will clearly state the handover details," he said.

Read Also
Malaysia's Anwar Ibrahim: I will not accept Cabinet position in reshuffle 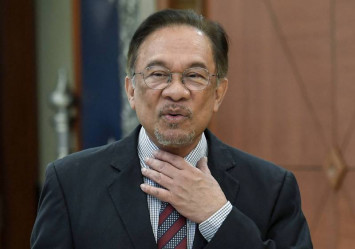 In a statement on Thursday, Selangor PKR's Youth wing also called for a concrete date set for the power transition.

Its communication director Mohd Khairool Ngadon said this was the decision made during a meeting on Wednesday chaired by Selangor PKR youth chief Mohd Najwan Halimi.

"The Pakatan presidential council which will meet on Feb 21 is urged to set a specific date for the transition of position between Dr Mahathir and Anwar," said Mr Mohd Khairool.

He added this was necessary, given that there were attempts - both internally and externally - to create an uncertain political situation.

Initially after the 2018 general election, it was agreed that Dr Mahathir would make way for Mr Anwar after two years.

However, Dr Mahathir has requested to remain until the Asia-Pacific Economic Cooperation (Apec) summit in November this year.

Opposition Parti Islam Se-Malaysia (PAS) has also said it will be tabling a motion of confidence in Parliament to push for Dr Mahathir to complete the full term until the next general election.

There is also talk that PAS' plan is being supported by some MPs from both the government and opposition sides.