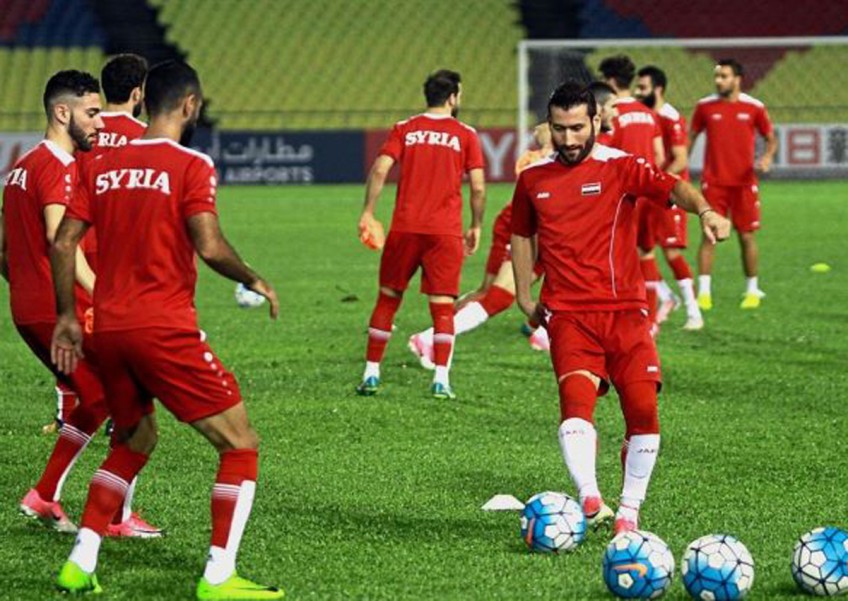 MELAKA - Syria, which takes on Australia at Hang Jebat Stadium today, hopes to fulfil the dream of the Syrian people to see their football team qualify for the World Cup.

Coach Ayman Hakeem said it was important for his team to secure a commendable result against the Socceroos in the Asian World Cup qualifying playoffs.

"This is the first time we are playing at this stage and we must get a good result to make the people of Syria happy," he said at a pre-match press conference at the stadium.

Ayman said he respected the Australian team but was not afraid to face the difficult challenge.

He said Syria met many stronger Asian teams in the previous Asian World Cup qualifying matches and recorded good scores against them.

"We trust our players and we want to continue with our good results," he said.

Syria midfielder Mohammed Zaher Midani admitted that it was going to be hard for the team to play in a foreign country.

"We have to work hard and we have to trust ourselves in such a difficult situation," he said.

Syria has been forced to play all its home games in Malaysia because of the conflict in its homeland.

At stake for Syria and Australia is a spot to play against the fourth-placed team that qualifies from the Concacaf region in November. The winner will advance to the finals.

Melaka chief minister Datuk Seri Idris Haron said he hopes the presence of the Syrian team will boost the morale of the state team.

He said Melaka had agreed to host the Syrian team without "a second thought" to give them an opportunity to qualify for Russia 2018.

Idris, who is also president of Melaka United, said Syria was making an impact in the Asian qualifiers and that the state would benefit in terms of tourist arrivals and the massive international coverage.

He said the Syrian team feels that Melaka has brought them luck and after Australia, will play against the United States here.