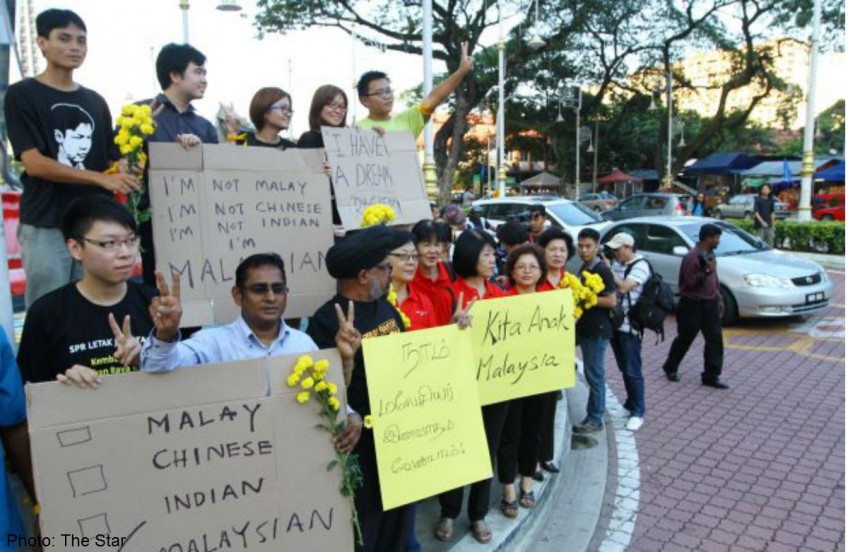 PETALING JAYA - Those who go around stirring racial sentiments are like the bullies in a playground, said TalentCorp Malaysia CEO Johan Mahmood Merican.

According to Johan, these bullies thrive on shouting down reasonable points of view, and felt they achieved power when others around them cower in fear.

"Their persistent and loud voice, if not checked, will end up deceiving us into believing that they represent the norm and we moderate Malaysians are alone.

"There are groups like ISMA (Ikatan Muslimin Malaysia) who seem to speak in absolutes, intolerant of the different views of others, including different communities," he said.

Quoting the epic Star Wars, Johan said he is reminded of the moment when Anakin Skywalker said "If you're not with me, then you're my enemy".

"Obi Wan Kenobi responds by saying: 'Only the Sith (evil) deals in absolutes'," said Johan as he voiced his support for The Star's Voices of Moderation campaign.

Johan said the campaign provided a platform for the otherwise silent majority.

"Perhaps part of the problem is that while (we are) majority in numbers, we moderates tend to wallow in apathy.

"We cannot afford to remain silent," he added.

Earlier last year (2014), The Star initiated the Voices of Moderation campaign to pave the way for pledges for open, rational and moderate discussions from balanced voices on a variety of issues affecting the country.

The moderation campaign runs parallel with The Star's Brave Views, Bold Ideas campaign that was launched on Aug 10 to encourage Malaysians to espouse moderation while being open, rational and balanced in their discussions.

For blogger and co-founder of blog advertising community Nuffnang, Timothy Tiah, his best experience of moderate Malaysia was when he was in school.

"My class had a very good mix of all races. We studied together, joked together, ate together and did everything together.

"I saw even more of this while studying in London. In a foreign country, Malaysian students found comfort in the company of each other and we formed a friendship that went beyond any thought of race.

"We were all Malaysians, and just being together made it feel more like home," said Tiah, who also emphasised that in order for Malaysia to continue being the peaceful and multicultural home for all, a better understanding of each others' religion and culture was necessary.