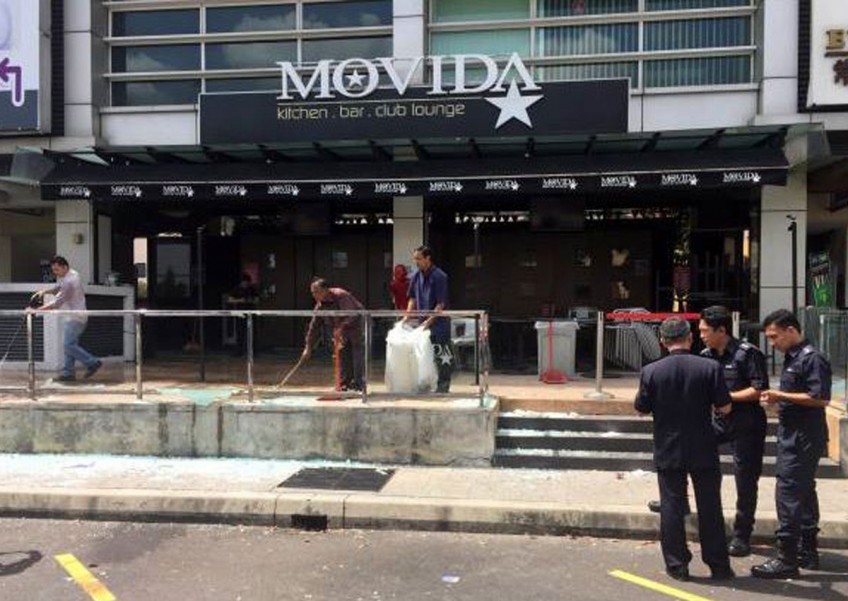 A 30-year-old technician was jailed for nine years after he pleaded guilty to supporting the commission of a terrorist act in the bombing of the Movida pub in Puchong on June 28.

High Court Justice Nordin Hassan ordered the sentence on Mohd Asrol Mohamad to run from the June 29 last year, the date of his arrest.

He said Mohd Asrol's case was different from other cases in that he had given support to a terrorist act that had actually occurred.

"The offence is serious as you have threatened a high ranking official in the country via your posting.

"You should know that your posting could influence those who read it, not only in our country but also outside," he said.

Mohd Asrol was charged with giving support to the commission of a terrorist act involving the use of explosives via a Telegram chat group, "amanah (phb) vs pas" with his handphone.

According to the facts of the case, the accused was added to the "amanah (phb) vs pas" Telegram chat group, which has 44 members, by Muhammad Wanndy Mohamed Jedi, better known as "Akhi Wanndy," between June 17 and 29 last year.

Mohd Asrol posted comments in support of the violent acts of the Islamic State (IS) group between 4.27am and 9.04am on June 28, last year.

It was established that there was a report on a bombing incident at Movida Boulevard Sdn Bhd in Bandar Puchong Jaya at Puchong on June 28.

In mitigation, Mohd Asrol's counsel Adi Zulkarnain Zulkafli submitted that his client was the second child among four siblings and a first time offender.

He said Mohd Asrol knew about the IS through local television station TV3 which aired the views of Ustaz Lutfi.

Deputy public prosecutor Mohamad Mustaffa P. Kunyalam urged the court to mete out a deterrent sentence to serve as a lesson for the accused and others.