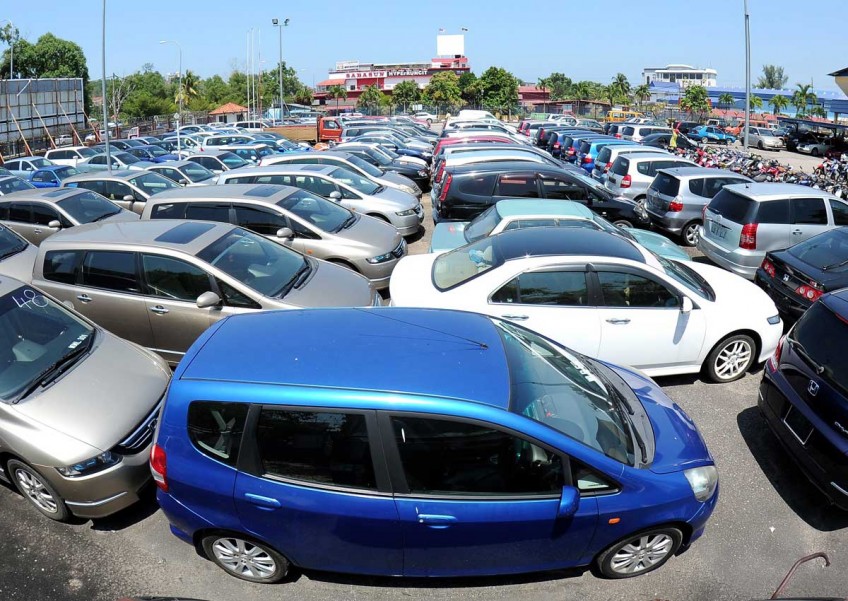 Some of the cars seized from a busted Malaysian car syndicate which has been luring naive customers to buy cloned luxury cars online at a price three times lower than the market value.
Sin Chew Daily

Apart from the demand for luxury vehicles, Terengganu's geographical location - far away from major cities where the cars they are "cloning" are to be found - is also a plus factor for the syndicates.

Terengganu JPJ director Abdul Rahman Emang Anyie said statistics from the state JPJ and the state Customs Department showed that 361 "cloned" vehicles were seized in Terengganu, with all of them being Singapore registered since 2014.

Between January and June this year, 79 "cloned" vehicles have been seized. This means 13 vehicles are seized every month.

Abdul Rahman said the modus operandi was simple. Singapore has the Certificate of Entitlement (COE), which is valid for 10 years.

"It allows holders to own a car for 10 years, after which they must scrap or export their car with financial incentives or bid for another COE at the prevailing rate if they wish to continue using their car for another five or 10 years," he said.

"So, what happens is that when the COE is about to expire, the vehicle is smuggled into Malaysia. The syndicate would look for the same model, type and colour of the vehicle smuggled and then "clone" the identity and documentation before selling to an interested buyer."

He added that syndicates had direct contact with their potential buyers apart from advertisements flaunting low-priced vehicles online, with transactions done through cash sales after reaching an agreement with buyers.

Customs Department director-general Datuk Seri Khazali Ahmad said on Monday that the department had seized 34 vehicles with unpaid taxes of about RM1.7 million (S$560,000) since the start of this year, which placed Terengganu second highest in the department's list, after Johor.