With rising concerns over the stability of Mahathir's eight-month-old ruling coalition, online commentators had wondered aloud whether a dramatic upheaval of the monarchy - which continues to hold significant sway - would pose another headache for the 93-year-old premier.

Rumours that the monarch would either be leaving of his own volition or had been asked to quit by provincial sultans who take turns being the Yang di Pertuan Agong, or "king of kings", have lit up social media since Monday.

Asked about the status of the king during a routine press conference on Friday, Mahathir said he was in the dark. 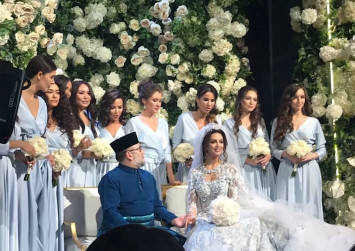 "Like you, I heard rumours … I didn't receive any letters or any official indication about anything so I am not going to talk about rumours," Mahathir said.

Asked if Muhammad V was "back at his role", the prime minister said: "As far as I know". Mohd Amar Nik Abdullah, the deputy chief minister of Muhammad V's provincial seat of Kelantan, said his administration had not heard anything, urging the country's attorney general to "take action" against those spreading rumours.

The public whispers, including questions about the 49-year-old's lifestyle, are unusual given the reverence with which most Malaysians view the country's royalty.

While Malaysia does not have lèse-majeste laws, colonial-era sedition legislation has previously been used against royal critics.

Sultan Muhammad V, who was elected by his peers to serve a five-year term in 2016, was officially due to return from medical leave on January 1, after his deputy, Nazrin Shah, the sultan of the state of Perak, stepped down as the acting king.

During his two-month absence from the national palace, the king reportedly married a Russian beauty queen - although his office has kept mum on the subject.

When quizzed, Mahathir told reporters that he had not heard from the Palace on the matter. 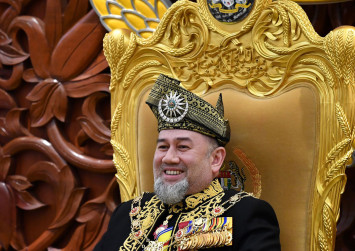 "I don't know. I don't have any official confirmation so I can't say anything."

Muhammad V himself has yet to make any comment, nor has the Keeper of the Royal Seal, who serves as the secretary to the Council of Rulers - a body comprising Malaysia's various hereditary sultans and other civilian provincial heads of state.

Earlier on Friday, local English daily The New Straits Times reported that the council had held a "rare and unscheduled" meeting on Wednesday night.

One source told the newspaper "a serious matter" concerning the monarchy was discussed, without specifying if it related to Muhammad V.

With few clues on what happens next, Malaysians have been parsing a cryptic blog post about the royals penned by Mahathir earlier this week.

The sultans' antipathy towards the two-time prime minister is well known, following his efforts to clip their wings during his 1981-2003 stint in power.

Mahathir's first major run-in with the sultans came in 1983, when he forced them to give up the right to veto new laws by withholding assent. 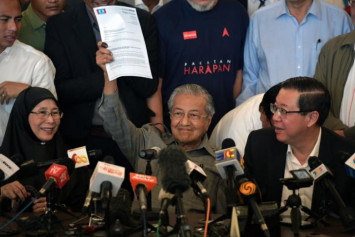 A decade later, he further curtailed their powers by ending their immunity from prosecution following complaints of errant behaviour.

In his January 2 post titled "The Rule of Law", Mahathir re-emphasised that the monarchs are not above the law.

"The Rule of Law applies to everyone from the Rulers to the Prime Minister and Ministers, to the civil servants and ordinary citizens," he wrote.

"There is no provision which exempts anyone from the Rule of Law. For the Rulers there is a special court but the laws are the same as the laws applicable to ordinary citizens. The Rulers too must respect the laws. It is disturbing to see blatant breaches of the law being perpetrated in the mistaken belief that immunity has somehow been accorded."

Mahathir added that public complaints against those who ignore the rule of law "are legitimate and do not breach any law."

"They will not be considered as sedition in any way. They will be regarded as free speech. Citizens can make reports on these matters or openly speak about them."