Malaysia’s legal community is planning a rare public demonstration amid rising anger over an anti-corruption probe into a prominent judge, an investigation some lawyers have described as tantamount to judicial interference.

The judge in question, the Court of Appeal’s Nazlan Ghazali, presided over the 2020 conviction of the country’s ex-leader and still influential politician Najib Razak.

His was the first of several major cases linked to the nation’s multibillion dollar 1MDB financial scandal.

Nazlan has been the subject of smear campaigns following that verdict - which Najib is appealing - and lawyers have insinuated that the Malaysian Anti-Corruption Commission (MACC) may have breached norms by directly investigating Nazlan following a complaint, instead of having the judiciary probe the matter.

The agency has also come under fire for publicising the probe, which lawyers say would undermine the integrity of the entire judiciary even before any finding is made. The Bar Council said last month that the investigation “undermines the rule of law and creates intimidation and a climate of fear”.

For its part, the MACC said it acted within the law in initiating the investigation, and noted that it had investigated other judges in the past.

Now, following Eid al-Fitr festivities in the country at the end of Ramadan, the matter is again coming under scrutiny.

A petition organised on May 4 by six former presidents of the Malaysian Bar, an organisation protecting the interests of the legal fraternity, wants members to rise up in the face of what it calls “a total disregard by certain quarters for the hallowed principle of the independence of the judiciary”.

It is urging lawyers to put their boots on the ground and march. “It is time for the Bar to once again rise and fearlessly defend the institution of the judiciary. It is time to walk,” read the petition.

The sentiment struck a chord with current Bar president Karen Cheah, who said a special meeting would be arranged to discuss the matter now that Eid celebrations are ending.

“Let there be no repeat of attempts to undermine (the judiciary), as was done during one of its darkest hours in 1988,” said Cheah in a statement.

She was referring to that year’s constitutional crisis, which saw the highest ranking judge removed and the judiciary relegated to a subordinate position under the executive and legislative branches, instead of having equal status.

Cheah previously said it was the duty of the Bar to protect the dignity and integrity of the courts and the judiciary as a whole, as the body can be vocal whereas it is the nature of courts to steer away from being engrossed in a public debacle.

Still, with the threat against its independence looming, Chief Justice Tengku Maimun Tuan Mat last week issued a rare public retort against “certain quarters”, including politicians, who launch unfounded and disparaging attacks against the judiciary or a particular judge to further their own aims.

“Whilst we cannot control the words or actions of some quarters who are bent on tarnishing or destroying the image of the judiciary, it is within our control to ensure that no one meddles in our affairs,” she said, without naming names. 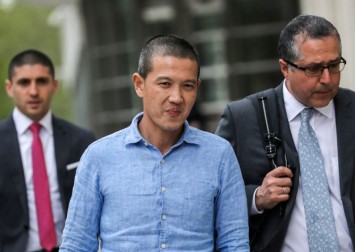 In a follow-up statement after announcing its probe of Judge Nazlan, the MACC implored Malaysians not to interpret ongoing investigations as indicators of guilt, saying it was just following procedure.

“It needs to be stressed that when an investigation is launched against any individual, it does not mean that the individual has committed an offence.”

The commission is adamant it has done nothing wrong, saying it is within its power to investigate any public official, including judges, and the organisation has done so before.

Furthermore, rather than contravening the doctrine of separation of power, they are instead adhering to it by submitting their findings to Attorney General Idrus Harun. He will decide whether to prosecute.

A march by lawyers is not without precedent in Malaysia.

In 2007, the Malaysian Bar organised the first ever protest by lawyers over judicial matters in relation to a senior judge appointment fixing scandal involving a prominent lawyer, a deputy minister, the chief justice, business tycoon Vincent Tan and former prime minister Mahathir Mohamad.

A prominent lawyer and activist in her own right, then-Malaysian Bar president Ambiga Sreenevasan was quoted at the time as saying things were not right in a country where lawyers felt they had to take to the streets to protest.

“We are walking for justice, we want judicial reform. Lawyers don’t walk every day. When lawyers walk, something is wrong,” said Ambiga.

The Edge Malaysia, one of the country’s most prominent business publications, said in a leader piece on Thursday that the fiasco surrounding Nazlan was cause for concern, as was a saga involving the Securities Commission.

He had disagreed with the decision to drop criminal charges against the bosses of Serba Diminik, an energy services firm providing engineering services.

The publication talked of “the biggest corporate fraud” on the Malaysian stock exchange.

“We can expect more attacks in the weeks and months ahead, and it is important that the public come to the defence of institutions that are being intimidated by those aggrieved by decisions that have gone against them,” The Edge said.