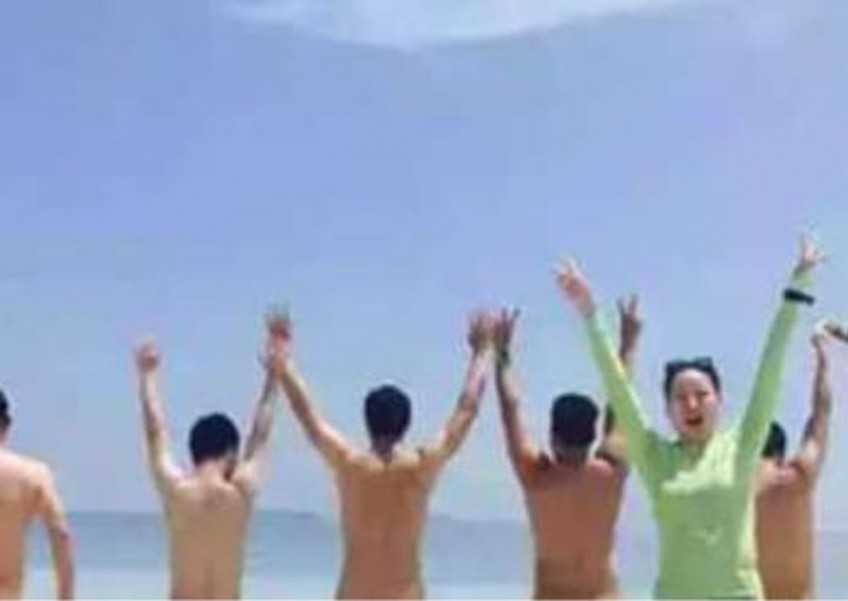 KOTA KINABALU - The dive master and freelance tour guide from China who were arrested in connection with the photographs of tourists posing nude at Sibuan Island of Semporna have been released on police bail.

Semporna police chief Supt Peter Umbuas said they were unable to apply for an extension of remand as the earlier order expired yesterday.

The 33-year-old man has been released on police bail with two local sureties and will be called back whenever necessary, he said.

He said their investigations into the case were incomplete and it would take some time to determine whether the suspect could be charged in court.

The man was arrested from a rented room at about 11.15pm on Oct 21 in Semporna.

He is believed to be one of the individuals photographed in the nude on the island.

On other similar cases linked to tourists posing unethically in Semporna, it is learnt that police are conducting their investigations.

One of the photographs showed a man posing with a firearm and another holding the penises of two boys.

However, authorities remain tight-lipped about their investigations into the two cases.

[[nid:202500]]
SUBSCRIBE TO OUR NEWSLETTER
Your daily good stuff - AsiaOne stories delivered straight to your inbox