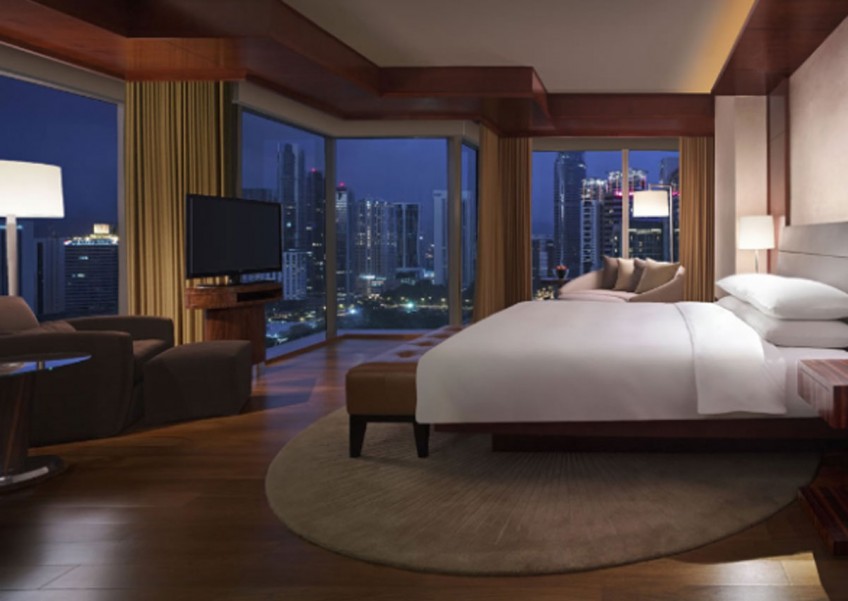 Those who book a stay at the five-star Grand Hyatt in Kuala Lumpur would probably pay the highest tier of the new tax, which is $6.50.
Grand Hyatt Kuala Lumpur

Tourists booking a stay at a registered hotel or inn can expect to pay between 80 cents and $6.50 for each room per night.

But the new tax also applies to local visitors.

In response to the passing of the bill, totel operators had called for it to be waived for locals and asked the government to postpone the implementation so that they would have enough time to adjust their booking system.

But it looks like the government is quite adamant about introducing it in July.

Tourism and Culture Minister Datuk Seri Nazri Aziz told reporters yesterday that MPs had unanimously approved the bill and the gazette on the tax was automatic according to operating procedures.

Related: How much tax you have to pay according to hotel categories