GEORGE TOWN - A 50-year-old man has claimed trial in a Sessions Court here to allegedly raping his 15-year-old daughter until she became pregnant.

The man, a trader whose name cannot be revealed to protect the identity of the victim, was charged with committing the offence between 11.45pm on Dec 20 and 12.30am on Dec 21 at an apartment unit in Air Itam.

The charge under Section 376 (3) of the Penal Code provides a maximum of 30 years in jail and 10 strokes of the cane. 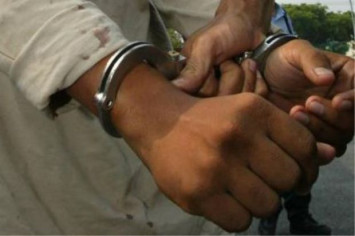 Deputy public prosecutor Farah Aimy Zainul Anwar did not offer bail Wednesday, saying that the victim was the accused's underage daughter and that it was an incest case.

The police on Saturday (Dec 23) said the matter came to light when the victim's mother lodged a report.

The girl is no longer schooling and doctors at Penang Hospital confirmed that the victim is six months pregnant.

At 8am on Friday (Dec 22), the mother came home after finishing the night shift and suspected that her husband had done something to their daughter.

The mother then gave her daughter a pregnancy test, which came up positive.

The girl subsequently confessed that her father had been raping her.