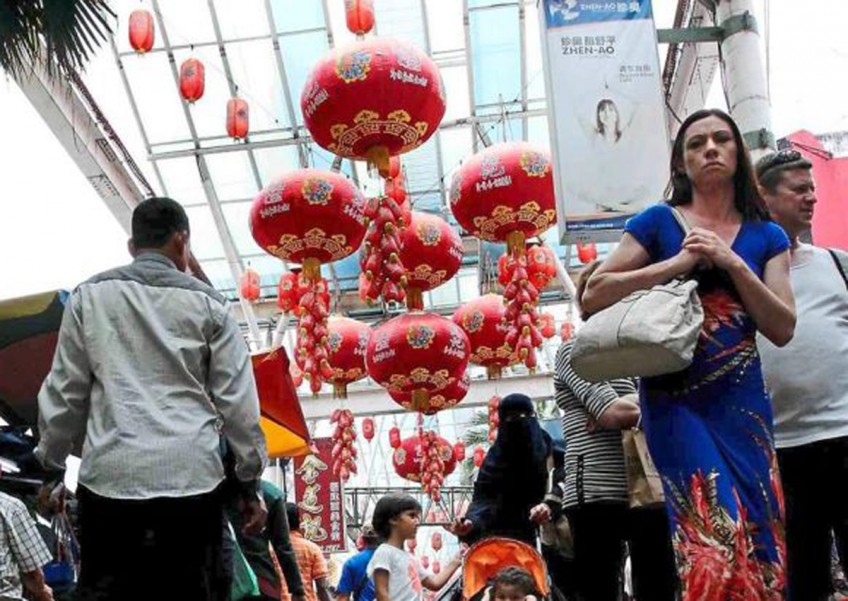 KUALA LUMPUR - It was business as usual in Petaling Street after a planned racially-charged red shirt protest did not materialise.

Heavy police presence at Petaling Street boosted the confidence of traders to open their shops and stalls from as early as 9am to prepare for the weekend tourist crowd.

Several traders told The Star that they did not fear any trouble and were relieved that the rally did not take place.

"Nothing to be scared already," said a bag seller who wanted only to be known as Woon, 42.

Soybean seller Ng Lee Yan, 53, said Petaling Street was his home and he was not going anywhere.

"I open my business at 8am. I'm not afraid. If there is a problem, I have to take care of my home."

Trader Low Chee Hoong, 49, who sells T-shirts and gifts at the tourist spot, said he was confident of conducting his business because of the police presence.

"In a meeting yesterday, the police assured us that they will take care of the situation.

"So we felt safe to open business as usual," he said.

Low said he and the others were just business people who did not have problems with anyone.

Another trader, Lee Fong Lian, 60, said she was initially reluctant to open her shop, but after seeing others doing so, decided to follow suit.

Madam Tang, a mua chi (glutinous rice balls) seller said she had heard that the protesters were planning to come at 2pm, but that did not deter her from running her business.

"I had already prepared the rice cakes. I have to sell them no matter what. I would not have been scared even if there was a protest."

Opposition politicians, including DAP adviser Lim Kit Siang, came here at about 10.15am.

Fong said the arrest of Sungai Besar Umno division chief Datuk Jamal Md Yunos also allayed the traders' earlier fears that a protest could be held in the street.

He said the traders' confidence in the police was also boosted after the Sept 16 rally, adding that the police deserved praise for handling the protesters then.

Throughout the day, the police continued their rounds as the number of tourists increased.

In the afternoon, when the haze became thicker with the Air Pollutant Index reading slightly below unhealthy level of 92, some shoppers and even police personnel were seen wearing face masks.

Austrian tourist Michael Hauer, 20, who was with a group of friends, said he was not aware there a rally planned to be held in the street.

"We only came here because things are cheap.

"We did not know anything about the protest.

"With the police here, it looks like there won't be any protest," Hauer said.