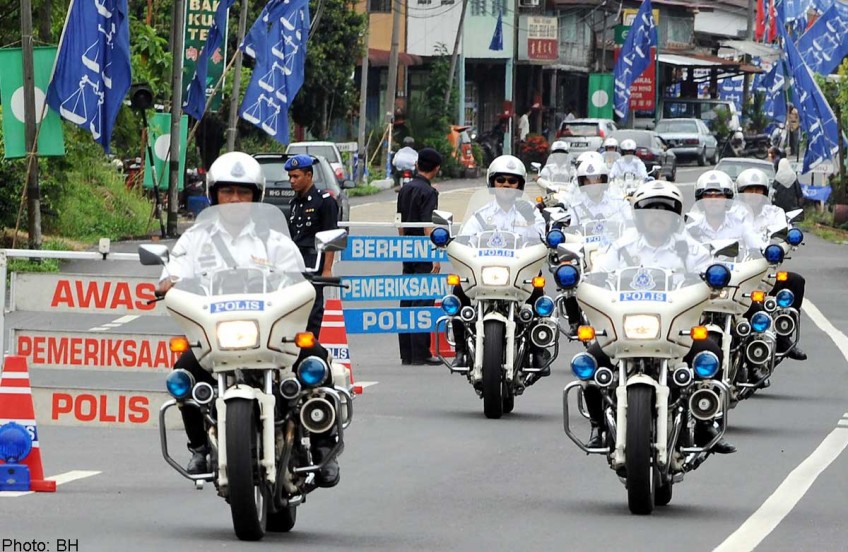 KUALA LUMPUR - Bukit Aman traffic police want their personnel to exercise professionalism as they are one of the front-line departments that come into contact with the public regularly.

"Our main objective is to make sure roads are safe and ensure smooth journey for all motorists," SAC Mohd Fuad said in an interview five months into the job as traffic chief.

"In doing that, traffic personnel must perform to the best of their abilities," he said, adding that his men should be at their best behaviour at all times.

"I want them to carry out their duties in a rightful manner so as to avoid any negative perceptions," SAC Mohd Fuad said.

"And, my second objective is to eradicate bribery among them.

"Bribery is a horrible crime. It not only corrupts the individual taking the bribe but also puts the department in bad light - and I will not tolerate it," said SAC Mohd Fuad, adding that those who did not accept bribes would be given incentives in the form of commendation letters.

"I have faith that my personnel are among the best, but there is always room for improvement," said SAC Mohd Fuad, who also felt that his department was currently understaffed.

"I feel our department could perform better with more personnel, given that the number of vehicles was increasing at an average of 1.2 million annually," said SAC Mohd Fuad, who has about 6,500 traffic police personnel under his charge nationwide.

"Currently there are 110 problematic traffic junctions in Klang Valley alone, but we can only man 85 of them due to lack of manpower."

The scope of work for traffic policemen include guiding traffic at intersections, carrying out accident investigations, manning operations rooms and traffic courts, as well as escort duties.

On the health of his personnel, SAC Mohd Fuad said a directive was recently issued by Federal Management director Comm Datuk Seri Mohd Fuzi Harun stating that all police personnel should be lean and fit.