Travelling to Malaysia? Watch out for the holiday highway jams 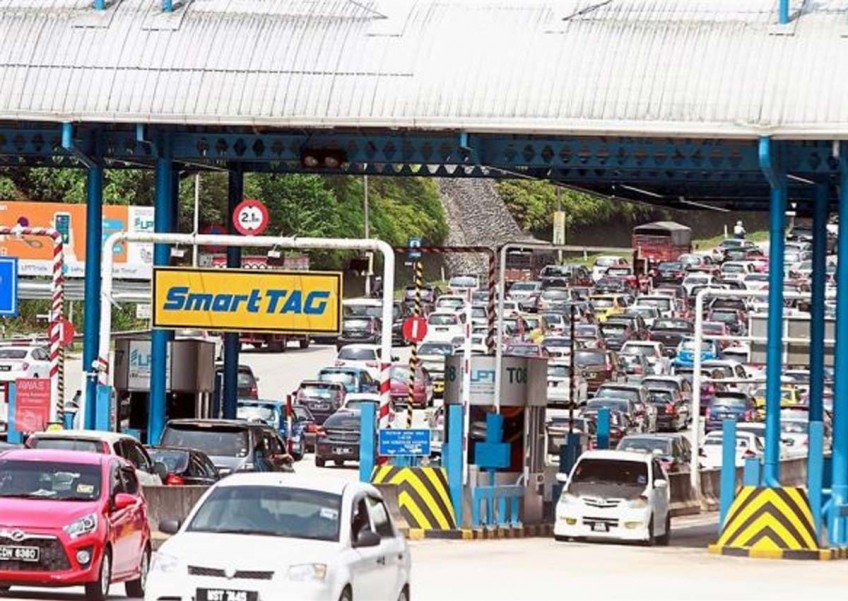 City folk heading back from the east coast facing the start of a long crawl at the Bentong toll plaza on the Karak highway.
The Star/Asia News Network

Traffic along the North-South Expressway (NSE) and East Coast Highway heading towards Kuala Lumpur increased considerably since Saturday, causing congestion along the way.

It reported a traffic snarl measuring 51km from Kuala Kangsar to Simpang Pulai on the NSE at 1.05pm yesterday.

On the East Coast Highway, traffic approaching the Bentong toll plaza was crawling by 8am.

The Malaysian Highway Authority listed at least 10 accidents between 7am and 5pm yesterday at various spots on both highways, starting with one along the 246.6km mark southbound on NSE which caused delays from Kuala Kangsar to the Sungai Perak R&R area.

Other areas along the highway which reported accidents was at the 416.3km Lembah Beringin to Bukit Tagar, the 52.4km Simpang Renggam to Sedenak, KM238.4 Simpang Ampat to Pedas Linggi, the 364.5km Sungkai to Slim River, the 268.8km Bandar Ainsdale to Nilai, the 186.3km Alor Pongsu to Bukit Merah, the 325.5km Gopeng to Tapah, the 265.8km Menora Tunnel to Ipoh, and the 42.7km Sedenak to Simpang Renggam.

There was also an accident along the East Coast Highway at the 111km mark between Temerloh and Lanchang.