Malaysia’s diplomats stranded in Kyiv are currently making their way to neighbouring Poland by road, after hanging in limbo earlier as Russian forces closed in on the under-siege Ukrainian capital.

Their evacuation was confirmed by Malaysian government sources with direct knowledge of the matter.

In a statement on Saturday (Feb 26) afternoon, Prime Minister Ismail Sabri Yaakob said the embassy was “currently undertaking evacuation of the remaining eight Malaysian nationals and two of their foreign dependents from Kyiv”.

He said 13 other Malaysians had left Ukraine in recent weeks.

Malaysian government sources told This Week in Asia that the evacuation plan had earlier been stymied after a chartered bus failed to arrive amid intense traffic along Ukraine’s western border with Poland.

But on early Saturday, the party comprising a total of eight Malaysians and two foreign national dependents decided to “make a run for it” in a convoy of four cars. They were headed in the direction of Lviv, which is about 80km from the Polish border.

The 782km journey is expected to take about 10 hours due to slow traffic.

Since Friday night, the group had been fretting about their evacuation plan amid Russian bombings in Kyiv and a crippling of the country’s banking system. The embassy is Kyiv is led by First Secretary Fadhilah Daud, who is on her first overseas posting. A source described Fadhilah as a “hero” for having the “gumption” to proceed with the evacuation plan. 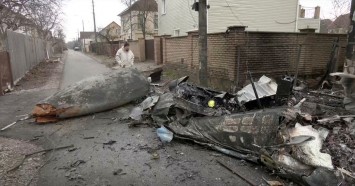 Multiple official sources – all independent of each other – told This Week in Asia that the foreign ministry had bungled the evacuation of the embassy staff.

The sources lay particular blame on senior government officials, including Prime Minister Ismail Sabri and the Foreign Minister Saifuddin Abdullah, for their dismissive stance towards Western intelligence in January about the imminent Russian invasion.

These officials had described the intelligence as a “Western narrative”, leading the evacuation mission to become a “cluster f**k”, one source said.

“This situation is partly the consequence of having a minister who is so desperate to not fall for Western narrative, he starts believing the nonsense peddled by the other side,” another source said.

Malaysian security expert Munira Mustaffa said it was “unfortunate” that local authorities failed to act on credible intelligence from the West.

The United States and Britain had in unprecedented fashion publicised their intelligence on Russia’s invasion plans as part of a last-ditch diplomacy effort to deter the attack. 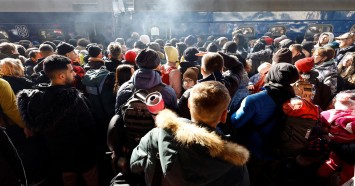 Washington evacuated most of its embassy staff on Feb 12, while London said on Feb 18 that it was moving its diplomatic mission out of Kyiv.

Kyiv, with a population of about 3 million people, was facing fierce fighting in multiple neighbourhoods on Saturday morning, The New York Times and other media outlets with reporters on the ground said.

“There were already plenty of signs and indicators [about the invasion]. Why they were dismissed and ignored must be explained for accountability,” said Munira, who is a non-resident fellow at Washington DC’s Newlines Institute for Strategy and Policy.

Some commentators said the government’s glaring decision not to outrightly condemn Russia’s flagrant breach of international law was consistent with Malaysia’s “appeasement” of Moscow.

Ismail Sabri on Thursday expressed “sadness” over the invasion. In his statement on Saturday, the prime minister said Malaysia was “seriously concerned over the escalation of conflict in Ukraine and urged all concerned parties to de-escalate and prevent loss of lives and devastation”.

“At this critical juncture, every effort should be redoubled to seek a peaceful and amicable solution to the conflict through dialogue and negotiation based on international law and the Charter of the United Nations,” he said. 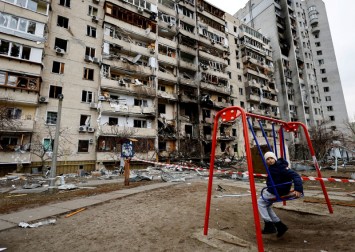 Kuala Lumpur was pulled into Ukraine-Russia tensions in 2014 after the Malaysia Airlines Flight 17 was downed by a Russian-made BUK surface-to-air missile in 2014, killing all 298 passengers and crew.

Most of the dead were Dutch nationals and prosecutors in a criminal case launched in the Netherlands identified Russia-backed Ukrainian rebels as the perpetrators of the act.

The Malaysian establishment has, however, defended Russia, saying the criminal case was politicised and a means for the West to accuse Moscow of wrongdoing.

“Even before they examined the case, they have already claimed it was done by Russia,” then prime minister Mahathir Mohamad said in 2019 when a Dutch-led investigation team – which Malaysia was part of – released its findings.

Earlier that year, Russia offered to drastically increase its purchase of Malaysian palm oil in return for a deal.