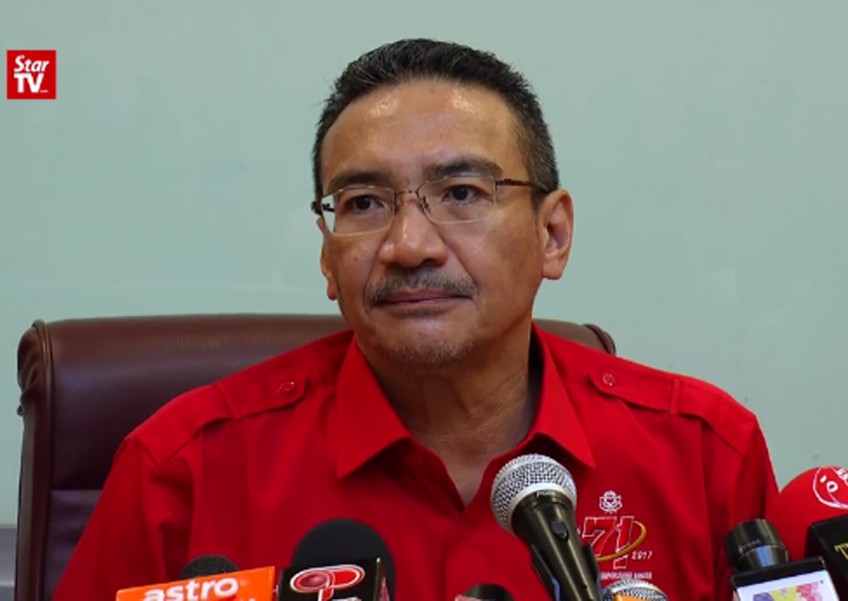 KUALA LUMPUR - The US Department of Justice should press charges if it has solid evidence with regards to the 1Malaysia Deve­lopment Bhd (1MDB) civil lawsuit, said Umno vice-president Datuk Seri Hisham­muddin Hussein.

Otherwise, it was irresponsible of the DoJ to make continuous statements on the matter without taking any concrete action, he said.

"When they are charged in court, those accused can clear their names.

"If it just keep making statements without any action, the credibility of DoJ can be questioned," he told reporters after attending briefing sessions with Umno division secretaries on the 14th general election manual guide yesterday.

On Thursday, the DoJ moved to seize US$540mil (RM2.3bil) of assets allegedly belonging to 1MDB.

Last year, US prosecutors filed civil as­set-forfeiture suits against more than US$1bil (RM4.27bil) worth of artworks, real estate and other assets owned by several people.

The Attorney-General's Chambers here had voiced its frustration at not being informed by the DoJ of its latest civil lawsuits against 1MDB that appear to be "a repeat of last year's suit".

Hishammuddin said the statements made by DoJ could lead to further speculation and could serve the political agenda of certain groups.

"At this point, all the statements are only allegations.

"Coming out with statements all the time without any credible action taken raises specu­lation," he added.

Barisan Nasional strategic communications director Datuk Seri Abdul Rahman Dahlan said in a statement yesterday that DoJ's civil suit against 1MDB was "clearly" triggered by complaints by individuals with a "heinous political agenda" against the Prime Minister and Government.

"The DoJ should reveal their identities immediately, so Malaysians will quickly realis­­e how deeply embedded the complainants are within the opposition parties' agenda to topple the Prime Minister and the democratically-elected Government," he said.

Abdul Rahman said while DoJ has every right to file the suit, it is essential for the suit to be based on provable facts.

"More importantly, the allegations made by the DoJ must first be proven in a court of law before they can be accepted as fact," he said.

He said there was no evidence that money had been misappropriated from 1MDB based on investigations conducted by Malay­sia's parliamentary Public Accounts Committee.

"1MDB is not a party to the DoJ civil law suit. In fact, the assets that the DoJ alleges were wrongfully procured and seeks to seize were in fact purchased by entities that are not legally owned or controlled by 1MDB," he said.