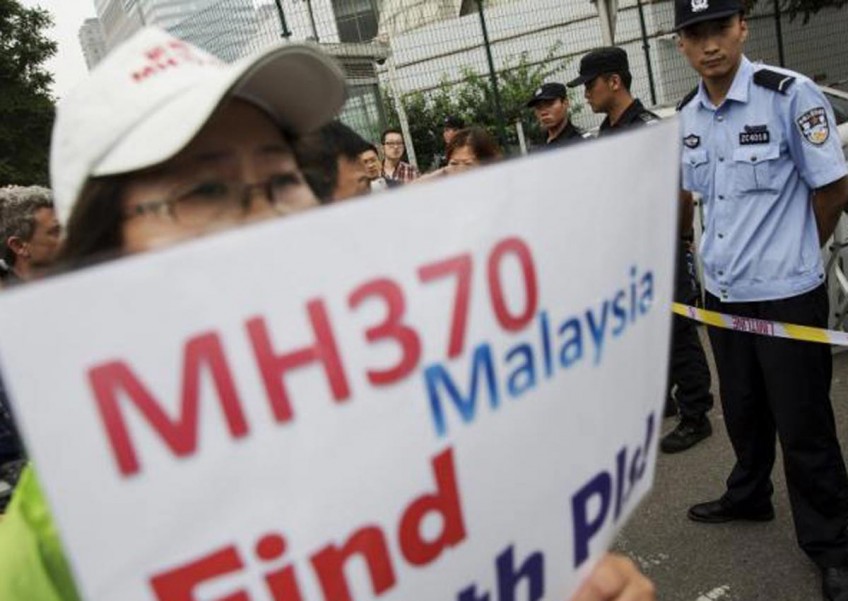 A woman whose relative was aboard Malaysia Airlines flight MH370 holds placard after police stopped protesting relatives from entering a road leading to the Malaysian embassy in Beijing on August 7, 2015.
Reuters

PARIS/MONTREAL - The United Nations agency that oversees civil aviation may delay a plan to require that airlines track the location of their planes by two years, to 2018, according to an internal report seen by Reuters.

The International Civil Aviation Organisation (ICAO) had proposed that by November 2016, all large aircraft carrying passengers report their position at least once every 15 minutes, part of a broader plan meant to avoid a repeat of the disappearance of Malaysian Airlines flight MH370.

But an advisory committee at ICAO has recommended a delay to November 2018 to give carriers more time to implement the change, according to the Sept. 1 report.

The group also recommended that ICAO consider requiring automated tracking systems, something that would likely force some airlines to install new equipment on planes.

When the 15-minute plan was first proposed, ICAO said the small number of long-haul aircraft that do not have tracking equipment on board would have the option of reporting their position over radio, which meant no airline would be required to retrofit planes.

But the advisory group, called the Normal Aircraft Tracking Implementation Initiative (NATII) said manual reports could distract pilots, causing safety problems, and might not be accurate. It made the recommendations after consulting with airlines that fly in remote areas and running a "table top exercise" to test tracking procedures.

ICAO did not comment directly on the advisory group's recommendations, but said its governing council would make a final decision on timing in November.

"We will continue to work with all concerned to see that flight tracking becomes a commonplace capability sooner than later," said a spokeswoman in an emailed statement.

An ICAO source familiar with the matter said several nations had expressed concerns that the 2016 deadline was too soon because of the planning and training that would be needed.

In 2009, an Air France jet - whose maintenance systems were reporting its position every 10 minutes - vanished in the South Atlantic, leaving investigators a 17,000-square-km (6,600-square-mile) area to look for the jet. Its main wreckage was found after two years.

News that NATII was pushing for a delay was first reported by Air Traffic Management magazine.