Unnerving time for Malaysians in the US

In the crossfire: (From left) Yeow, Nazira and Kamil Hakim note that the protests initially started out peaceful before violence broke out.

PETALING JAYA - It has been quite an unnerving time for Malaysians in the United States where violence has spilled over during mass protests against police brutality.

"I get a lot of updates on my phone about people gathering and there are constant sounds of helicopters that I can hear from my apartment," said Yeow, 28, who works as an architect for healthcare buildings.

"I was outside (on Sunday) at Prospect Park and a large group of protesters were walking by, chanting.

"I believe they were making their way to another protest at the entrance of the park and also towards Barclays Center.

"It was quite surprising - there were even pregnant women and children in the crowd," she said.

There were various protests over the weekend in multiple US cities following the death of George Floyd, a 46-year-old African American, who died in Minneapolis when a white police officer pressed his knee against his neck. 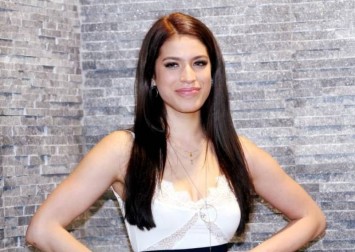 Floyd had earlier been handcuffed on suspicion of using a fake US$20 (S$28) bill.

Yeow said she did not personally witness any rioting but only saw peaceful protests.

"They were calling out the names of victims, and talking about racial issues and showing solidarity.

"I only heard about the violence and looting through the news.

"I think people are angry and frustrated because no one in a position of power is taking this seriously and implementing change.

"But it's a deep systemic issue in America with a long history.

"At Barclays, there were many policemen but they were just guarding the perimeter," she said, adding that shops were still open there.

In riot-hit Philadelphia, Nazira Zulkifly, 25, who has stayed there for six years, said it started as a peaceful protest at the City Hall but the crowd continued to march towards the Art Museum.

"It was a diverse crowd consisting of African Americans, whites, Hispanics and Asians. Everyone just came together. Overall I thought the protests went well," she said. 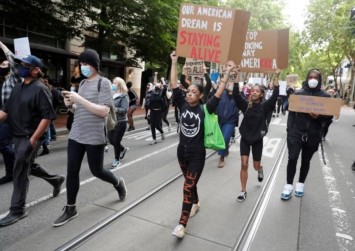 However later in the evening, while she was in a Uber ride heading to a friend's place, the situation started to go downhill.

"As I was approaching City Hall, I saw this massive plume of black smoke, reporters everywhere, cops everywhere.

"Police blocked the streets towards the City Hall and that's when I saw protesters on the street.

"I couldn't quite make sense of what did they burn while I was in the car.

"My Uber driver and I thought they were just burning tyres, but apparently not as I discovered the next day that a Starbucks' stand at the City Hall was burned down.

"Every store at Chestnut Street and Walnut Street was broken into. Buildings were vandalised.

"It was so scary to picture the city in that horrifying way," said Nazira, who is a rating analyst for an insurance software company.

A citywide curfew began at 6pm on Sunday and remained in effect till 6am Monday (local time). All retail businesses were ordered to close.

Nazira said all shops were closed as the city was still in the "red zone lockdown".

"I'm 17 minutes walk to City Hall. So yeah, I live in the city but not in the middle of the city.

"I live in an apartment complex in a very safe neighbourhood, so I'm thankful for that," she said. 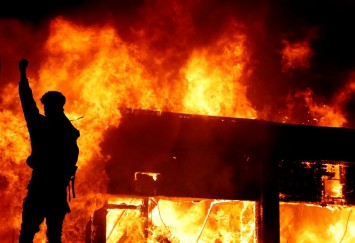 "It's one of the big cities in the Midwest. Demographics in this city include mostly students," said the actuarial assistant.

"Starting from Saturday evening, people started to gather around State Street in Madison. I believe it was peaceful initially until a riot broke out later in the evening.

"I do feel a bit scared but I support the cause 100 per cent.

"But I'm afraid of what people would do when they are angry."

He said he saw several shops being vandalised and a glass door being shattered.

"It was tense. There were many police officers. They started spraying tear gas.

"I honestly believe a lot, if not most of the protesters, came for a good cause.

"But some are trying to sabotage or take advantage of the situation by creating chaos," he said, as he drove past the crowd after coming back from his friend's place.

However, when he went grocery shopping on Sunday, the situation had returned to normal.

"I went to get some milk and came across people cleaning up the mess.

"Stores have started to repair all the damage and get rid of the graffiti on the walls," said Kamil Hakim who is from Terengganu.