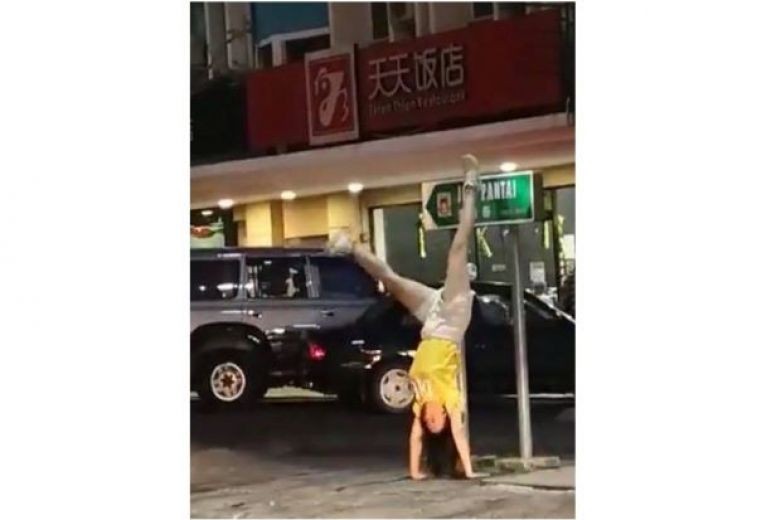 KOTA KINABALU - A video of a woman doing a handstand in the middle of the famous Gaya Street in downtown Kota Kinabalu and a photo of a scantily clad woman doing the same in front of a mosque here have gone viral and attracted criticism.

Both the photo and video have drawn criticism on social media for inappropriate dressing in a short sleeveless top and hot pants, while the woman in the photo was criticised for "performing stunts" in front of a religious building.

People have also taken to social media to call the act in front of the mosque on the Universiti Malaya Sabah campus "stupid" and "disrespectful".

Meanwhile, the video has drawn comments from netizens about the safety of doing handstands in the middle of Gaya Street, which is a tourist area in Kota Kinabalu.

"She looked like she almost fell on the road. What if a car hit her or someone else when trying to avoid her," said a Facebook user.

This is not the first incident involving tourists from China in Sabah, as two tourists were fined RM25 (S$8.40) for dancing disrespectfully in front of the city mosque here.

In that case, 37-year-old Wan Han and 25-year-old Zhang Na from China were hit with the fine after they pleaded guilty to disorderly behaviour in a public place before magistrate Cindy Mc Juce Balitus on June 27.