KUALA LUMPUR - The Dewan Rakyat erupted into a war of words after several opposition MPs indicated they would "welcome a war" in response to Lim Guan Eng's remark that was published in a news portal.

The commotion erupted when opposition leader Datuk Seri Ismail Sabri Yaakob (BN-Bera) was debating the motion of thanks on the Royal Address.

He said action should be taken on Lim (PH-Bagan) for his "declaration of war", saying that such statements could cause disharmony among Malaysians.

"Bagan, don't be angry, but it was a statement from you that the co-operation between Umno and PAS is tantamount to a declaration of war against non-Muslims and non-Malays.

"This is a serious provocation and if taken seriously (by some parties), it could cause another May 13 incident," said Ismail Sabri.

Datuk Takiyuddin Hassan (PAS-Kota Baru) then interjected and said: "If there is a declaration of war, we will welcome it". 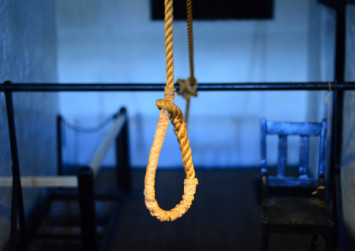 This caught several lawmakers off-guard as they were unsure who made the remark.

Takiyuddin then stood up and admitted that it was him and who said it, before repeating his remark.

This caused another uproar as lawmakers demanded for Takiyuddin to retract his statement.

In a Malaysiakini article on March 6, Lim was quoted as calling the Umno-PAS union a declaration of "war" on non-Malays, adding that the 1Malaysia concept previously championed by Barisan Nasional is now over.

Shortly after, the news portal revised the article and carried an editor's note saying Lim had corrected his earlier statement which originally used the words "declare war on non-Malays".